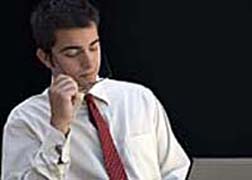 According to KWGN Denver News (01/25/11), the assets of a stock broker who is now in jail for defrauding investors were auctioned off to collect money for his victims. The former stock broker, Shawn Merriman, was convicted of mail fraud and sentenced to 151 months (more than 12 years) in federal prison. He was also ordered to pay more than $20 million for his Ponzi scheme, in which investors reportedly lost more than $37 million.

An investigation into Merriman's activities found that he promised his investors returns of anywhere between seven and 20 percent. Instead, however, he spent their money on personal purchases, including trips, antique cars and artwork. Included in the auction were an Aston Martin coupe, worth around $121,000 and a 1937 Cord convertible.

Among the 67 investors who lost money to Merriman was John Elway. A news article at 9NEWS (01/29/11), noted that one of the guests who attended the auction gave Merriman 16 antique cars in the mid to late 90s in exchange for stocks and investments. Those investments made no money for the man, who was paid back when the vehicles were sold off.

More STOCK BROKER News
In such cases, the broker may not have taken the client's money and spent it on personal purchases. When such situations arise, investors must usually turn to stock broker arbitration to recover money lost as a result of the stock broker's actions.

A new change to how Financial Industry Regulatory Authority (FINRA) arbitrations are run may have positive consequences for customers who file arbitrations. The Securities and Exchange Commission (SEC) recently approved a request by FINRA to allow customers involved in arbitration the option of having an all-public panel hear their disputes. Prior to this, the panel of three arbitrators comprised two public arbitrators and one arbitrator who had connections to the securities industry. Allowing customers the option of having all three panel members be public arbitrators might increase confidence that the arbitration system is a fair means of dispute resolution.