A Kansas man has been sentenced to 32 months in prison after he pleaded guilty to stock broker fraud that reportedly included forging signatures of clients and stealing funds, according to the Dow Jones Newswires. 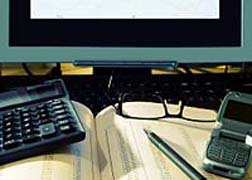 More STOCK BROKER News
In a statement, Wilson said that Carlson pleaded guilty in October to two counts a piece of securities fraud, forgery and theft. The man was sentenced in Johnson County District Court in Olathe, Kansas, the news source said.

In addition, Carlson must also pay restitution of $231,000 to Waddell & Reed, which has already compensated the victims of the fraud, according to the news provider.

It is alleged that Carlson shifted funds from the accounts of his clients by forging withdrawal signatures. He then reportedly had the company liquidate the securities and send them to a company controlled by him, according to an October release by Commissioner Wilson.

According to the Securities and Exchange Commission, people who feel they may be victims of stock broker fraud can report such cases by completing forms on the SEC's Web site.

If you or a loved one have suffered losses in this case, please click the link below and your complaint will be sent to a lawyer who may evaluate your Stock Broker claim at no cost or obligation.
Request Legal Help Now