On March 31, participants in the Boeing Voluntary Investment Plan (VIP Plan) filed a class action ERISA lawsuit in the Northern District of Illinois. The lawsuit alleges that Boeing knew about problems with its 737 MAX series of airplanes and hid the bad news, all while encouraging plan participants to invest in company stock though the VIP Stock Fund. When the planes dove out of the sky, the stock price dropped, too. Although it hardly compares to the terrible and tragic loss of life, plan participants were also injured when their retirement savings vanished. 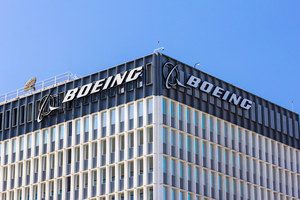 At the heart of the latest wave of “stock drop” lawsuits – involving corporate behemoths like Boeing, Johnson & Johnson, and GE – is a misrepresentation, a sin of deliberate omission, about sometimes deadly product flaws. These ERISA lawsuits make clear that, when workers become investors in their employer, they can exercise legal influence in basic matters of corporate governance. But ERISA really isn’t designed for this, so the task gets complicated.


By now, the engineering issues with Boeing’s 737 MAX aircraft have been fairly well discussed. It is significant, however, that as early as 2010, Boeing became aware of problems with the aircraft and subsequently developed a warning light system to alert pilots to the dangerous malfunction now linked to the crashes. The system was not standard equipment but was sold as an $80,000 add-on. Few airlines paid for the extra feature.

The factual nugget of the Complaint is that Boeing executives, including those responsible for administering the VIP Plan, knew about major engineering and manufacturing flaws; and that they could reasonably foresee:

• that the truth was bound to come out;
• it was sure to have a significant impact on Boeing’s future operations; and that
• this was likely to lead to massive disruptions in the demand for the 737 MAX, a large downward correction in the value of Boeing’s stock, and significant reputational harm.

They reacted by hiding the information, leaving the public and their own plan participants in the dark as Boeing’s stock price continued to soar.

Almost every country in the world has now grounded 737 MAX aircraft, and new deliveries have been put on hold. Boeing’s share price plunged more than $65 per share, from $442.54 on Friday, March 8, 2019 to $375.41 on Tuesday, March 12, 2019 after the second crash. The decline in the value of the stock hurt Boeing investors, including participants in the VIP Plan who bought Boeing stock at the inflated price.

This is basically a stock fraud argument. ERISA’s primary goal, however, is not to prosecute securities crimes or protect investors from fraud. There are other more obvious federal statutes for that. But enforcement actions under various securities laws generally depend on government initiative, and they may not yield an individual recovery. Sometimes enforcement is a political priority; sometimes it takes a back seat.

Conflicting obligations and a “what might have been” legal argument


ERISA requires plan fiduciaries to act solely in the interest of participants and beneficiaries and for the exclusive purpose of providing benefits and paying plan expenses. Fiduciaries must act prudently and must diversify the plan's investments in order to minimize the risk of large losses. That would seem to cover not permitting or encouraging plan participants to invest in overvalued stock, including employer stock.

Once that situation exists, however, the best way to take corrective action is not entirely clear. Is it better to disclose the misrepresentation at the heart of the inflated value, thereby prompting a drop in the value of the stock in hopes that early disclosure will cause only a minor and temporary disruption – lancing the boil, as it were? Or is it better to continue to keep the dreadful secret, preventing a decline in value until perhaps some good news can come along?

In addition, since many plan fiduciaries may also have access to non-public information, will disclosure or selective disclosure of that information run afoul of the insider trading prohibitions of the Securities and Exchange Act of 1934?

More EMPLOYEE STOCK OPTION News
The argument advanced by plaintiffs’ counsel in Burke is that making corrective disclosure once it became inevitable that the public would learn about the safety issues with the 737 MAX was an action that the Boeing and the plan fiduciaries could have taken that would have been entirely consistent with the securities laws and which no prudent fiduciary could have viewed as more likely to harm the participants than to help them.

It’s a dicey argument to make because it’s counterfactual. It depends on evidence to support what would have happened had Boeing taken an alternative approach to dealing with the 737 MAX issues. Nonetheless, this complicated approach is the linchpin of all recent stock drop lawsuits.

ERISA is a tool that individual plan participants can use in class action stock drop lawsuits. It’s a little like taking a table knife to a Phillips-head screw. What it lacks in elegance, it sometimes makes up in availability. You will know if you have done this. Cumbersome as it may be, it gives plan participants another chance to police the management of their retirement savings.
READ ABOUT EMPLOYEE STOCK OPTION LAWSUITS