Was Colgate-Palmolive trying to stymie the inquiry by offering an unqualified witness?

McCutcheon v. Colgate- Palmolive Co. is a rarity among modern ERISA lawsuits for the simple reason that it deals with a defined benefit retirement plan. In her class action lawsuit, Rebecca McCutcheon claims that her benefit and the benefits of many participants in the Colgate-Palmolive Co. Employees’ Retirement Income Plan (“Plan”) were miscalculated. Surprisingly, the expert witness offered by the Plan was unable to answer fundamental questions about how benefits were calculated. 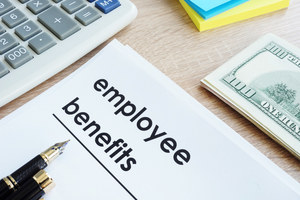 Smelling obstruction, the plaintiffs cried foul and asked for sanctions. U.S. District Judge Lorna G. Schofield denied the request. So, the question remains: How can Plan participants get technical evidence that is exclusively in the possession of the defendants, especially when that evidence is essential to their lawsuit?


Defined benefit pension plans, once the mainstay of the private pension industry, are increasingly rare as employers have moved toward employee 401k and other forms of defined contribution plans. At its simplest, a defined benefit plan promises to pay a participant a certain level of benefits, known as an accrued benefit, usually expressed as an annual annuity beginning at normal retirement age, often 65. The employer makes all the contributions. From the worker’s perspective, it’s a pretty simple concept – work a long time, and then get a benefit you can count on for the rest of your life.

From the employer’s perspective, it is far more complicated. The employer must calculate how much to contribute to the plan each year in order to fund obligations that may not become due for many years. This calculation, the process of working backwards from a target thirty or forty years in the future, involves actuarial assumptions about how long retirees can be expected to live and how much interest funds held in trust for them can be expected to earn. This is not simple math, to say the least.

Furthermore, the risk of a shortfall is entirely on the employer; defined benefit plans can be expensive to administer; and ERISA gives workers effective legal tools to enforce their rights. Employers have fled in droves. Sometimes, as was the case with Colgate-Palmolive, this involves amending an existing plan to limit the accrual of future benefits, even though existing benefits must be preserved.

A long and tangled tale of underpayment


McCutcheon was employed by Colgate-Palmolive from 1979 to 1994 and participated in the Plan. Before July 1, 1989, the Plan used a final average pay formula, under which the level of benefits was based on the participant’s length of service and average salary during her final years of service. Effective July 1, 1989, the Plan became a cash balance plan, which essentially used a career average pay formula. The new benefit formula defined a participant’s benefits in terms of a Personal Retirement Account (“PRA”) balance, which reflected accumulated monthly pay-based credits and interest. A cash balance plan is something of a hybrid, with features of both a defined benefit and a defined contribution retirement plan. Importantly, this new design reduced the employer’s risk.

Upon retirement, the PRA balance could be converted into an annuity or paid as a lump sum worth as much as the annuity payable at normal retirement age using statutorily mandated assumptions. To ensure that participants with pre-July 1989 benefits received the full benefits to which they were entitled under the Plan in light of the changed formula, Colgate adopted Appendices B, C and D to set out the rules for calculating benefits.

McCutcheon took her benefits under the Plan in the form of a lump sum when she left her job in 1994. In 2005 the company found a problem with the conversion factors in the appendices and granted additional benefits to affected employees. For reasons that are not clear, however, it did not make any additional payments until 2014. Even then, McCutcheon did not receive the additional money. After repeated inquiries, she filed this lawsuit.


Many people’s math minds melt when it comes to concepts like the present value of an annuity. But most people are not presented as experts on the topic of how retirement benefits were calculated in an old and much-amended ERISA pension plan.

More EMPLOYEE STOCK OPTION News
In the course of her deposition, Colgate-Palmolive employee Elena Laskow repeatedly testified that she was she was not “qualified” to answer the benefit determination-related questions posed and that the questions were better left to the “experts.” She was allegedly both unprepared and unable to provide the required testimony, reading from “cheat sheets” that defense counsel provided to her during the deposition (which plaintiffs were unable to cross-examine). Her testimony appears to have been so spectacularly useless that the workers’ counsel complained of bad faith and asked the court to sanction the Plan or to require it to provide a knowledgeable witness. To date, those efforts have been unsuccessful.


The problem of compelling the production of evidence is not new. Lawsuits in the Johnson & Johnson Baby Powder cases have become more successful as internal documents discovered by media outlets have begun to reveal studies in J&J’s possession that raised concerns about asbestos contamination that date back decades. Will success in Rebecca McCutcheon’s ERISA lawsuit hinge on the same kind of lucky break? That is not an entirely encouraging prospect, but compelling good faith in the conduct of discovery can also be a difficult road.
READ ABOUT EMPLOYEE STOCK OPTION LAWSUITS