Employees who believe they were fired for accessing benefits covered in their ERISA plan or for questioning how their ERISA benefits are handled may be protected under ERISA laws. The Employee Retirement Income Security Act (ERISA) offers protections in certain circumstances, to ensure employee rights are honored by employers. 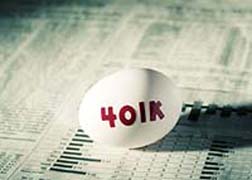 If an employee who had high healthcare costs were to be fired, he could very likely have a legitimate ERISA claim, even if he was fired for reasons beyond reducing costs.

ERISA laws allow plans to be amended in an effort to reduce costs, but firing an employee to keep costs down is a violation of ERISA. It is up to the employee, however, to prove that the firing was done specifically to interfere with the employee's rights. Employees who were fired in an effort to reduce costs may be eligible for equitable relief, including reinstatement of position, back pay and recovery of the benefits due under the plan.

ERISA section 510 also makes it illegal for an employer to retaliate against any person who has given information or has or will testify in an ERISA-related inquiry. For example, if a lawsuit has been filed against a company for ERISA violations, an employee cannot be fired for testifying in that lawsuit or providing information to officials investigating the matter.

More EMPLOYEE STOCK OPTION News
This portion of the statute is somewhat unclear, with different courts issuing different rulings on claims related to the law. In some cases, employees have filed lawsuits alleging they were fired in retaliation for complaining about their ERISA plan. Some courts have held that such a firing was unlawful, whereas others have held that for the matter to be considered an inquiry, the employee must have been questioned about the ERISA plan. In one recent lawsuit, however, the courts found that an employee lodging a complaint about money being withheld from his pay but not deposited into his ERISA-covered accounts should not be fired for lodging the complaint. In making its decision, the court noted that the word inquiry should include informal questions, even those that are asked by the employee.