When it comes to ERISA plans, most employees probably assume their employer or ERISA plan fiduciary knows what he or she is doing and is properly managing the company’s employee benefits plan. The problem is that ERISA benefits laws can be complex and even the most well-meaning employer or fiduciary can get caught up in complex laws. According to a report from the Department of Labor, confusion over ERISA laws may be more common than plan beneficiaries would like to think. 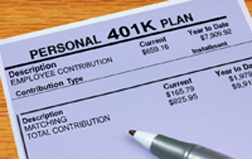 How widespread is the problem? According to the Department of Labor (cited by BenefitsPro; 3/4/14), of the 401(k) plans the Department of Labor audited in 2013, approximately 75 percent were forced to pay fines, penalties or reimbursements for their errors. The average fine increased dramatically, from $150,000 four years ago to $600,000 last year.

That means that of all the plans audited by the Department of Labor, the vast majority were seen to have made errors in how they ran their 401(k) plans.

Meanwhile, according to the Department of Labor’s Fact Sheet 88, individuals - including corporate officers, plan officials and service providers - were indicted for their actions. When it comes to ERISA plans, sometimes an error is just an error, but sometimes it is the result of unethical dealings.

Unfortunately, in these situations, it is the plan beneficiaries and company employees who get caught up, and if the errors and wrongdoings aren’t discovered, they’re the ones who lose out.

More EMPLOYEE STOCK OPTION News
According to the Department of Labor, “In 2006, GreatBanc, as trustee to the Sierra Aluminum Co. Employee Stock Ownership Plan [ESOP], allegedly allowed the plan to purchase stock from Sierra Aluminum’s co-founders and top executives for more than fair market value.”

Commenting on the settlement, Assistant Secretary of Labor for Employee Benefits Security Phyllis C. Borzi said, “ESOPs are an important tool to promote employee ownership, not a way to create big cash-outs for owners and top executives.”

The Department of Labor filed the lawsuit in 2012, alleging GreatBanc did not properly follow up on an appraisal that gave exaggerated projections of Sierra Aluminum’s future earnings and did not investigate the credibility of the financial statements that were used in the appraisal.

The settlement will see GreatBanc make more than $4.5 million in payments to the ESOP.