Are Many ERISA Plans Being Run Improperly?

Employees may count themselves as fortunate if their employer offers ERISA plan benefits or other employee stock plan or retirement plan options. After all, not all employers do so, and having access to such plans can be a huge bonus for employees. The problem comes in when the plans are managed improperly. Employees faithfully pay into their various ERISA benefits plans, only to find out the plan has been mismanaged. Unfortunately, this situation is more common than people may think. 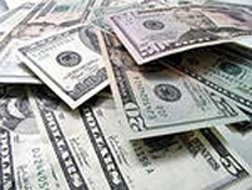 The Employee Benefits Security Administration (EBSA) is responsible for ensuring plans such as Employee Retirement Income Security Act (ERISA) plans are run according to the law and to the benefit of the plan participants. According to an EBSA Fact Sheet (found online at dol.gov), the EBSA is responsible for more than 680,000 retirement plans and approximately 2.4 million health plans in addition to a variety of other welfare benefit plans.

More EMPLOYEE STOCK OPTION News
The EBSA also has an informal complaint resolution process. Through that system, approximately $280 million in benefits was recovered for employees and their families in 2013.

Not all ERISA violations are the result of a malicious act on the part of plan fiduciaries. The laws can be complicated for employers to understand. Regardless, employees faithfully pay into those plans and expect that they are run according to the law, and that their benefits will be available to them as promised.

There are a variety of things that can go wrong with an ERISA plan. These include employers not making the promised payments to the plan, employers making imprudent or unreasonable investments, and plans being charged excessively high fees that can eat away at the assets.

In cases where ERISA plan fiduciaries have breached their duties, employees and plan beneficiaries have filed lawsuits to recover assets lost to their plans.

Click to learn more about LawyersandSettlements.com
LawyersandSettlements.com - A trusted, independent legal news provider bringing quality news and information on legal cases and lawsuits filed in the United States of America to its readers since 2002. Over 650,000 legal help requests including Employment Law Cases, and Securities Fraud Cases have been forwarded to lawyers all across to the country.