Companies that offer ERISA plans such as employee stock options plans and benefits plans must be careful about how much they charge in fees to plan participants. ERISA plan fiduciaries that charge outrageous fees and administration costs to participants could face a lawsuit, similar to the one recently settled by International Paper. 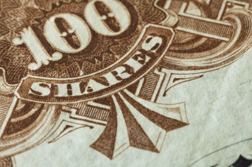 BenefitsPro (10/1/13) reports that International Paper has agreed to settle an ERISA lawsuit filed in 2006 for $30 million. Plaintiffs in the lawsuit, which was brought on behalf of current and former retirement plan participants, alleged they paid $58 million in recordkeeping and administrative fees. They further alleged that they were forced to purchase company stock to receive a matching contribution, and that they were not allowed to withdraw money from the Company Stock Fund until they were age 55. From that point on, they were allegedly only able to withdraw 20 percent per year.

In court documents, plaintiffs allege that “the fees and expenses paid by the Plans, and thus borne by the Plans’ participants, were and are unreasonable and excessive; not incurred solely for the benefit of the Plans and their participants; and undisclosed to participants.” Furthermore, they claim that fee payments are so complex, “it becomes difficult, and sometimes impossible, for plan participants to discern the amount of Hard Dollar payments [direct disbursements from the plan to service providers] the plan is making to plan service providers; to whom those payments are made; and the services provided in exchange for those payments.”

More EMPLOYEE STOCK OPTION News
In 2012, changes were made to ERISA (Employee Retirement Savings Act). Those changes required plan service providers to disclose to plan fiduciaries all fees, expenses and other compensation related to the services and administration of an ERISA plan. Those service providers must now also detail which services are provided and any compensation - direct or indirect - that they receive as well as potential conflicts of interest. Fiduciaries, in turn, are required to share this information with plan participants. Fees charged to plan can have a dramatic effect on a plan’s assets, and failure to convey charges to a fiduciary can result in huge losses to a plan. Over the course of a career, fees can amount to up to half of a plan’s assets.

In some cases, fiduciaries have also been accused of allowing high, hidden fees to be charged to a plan. These can be dangerous to a plan because they can hide potential conflicts of interest, such as fee sharing arrangements. Failure to provide accurate information to plan participants about all fees charged to an ERISA plan could be a breach of fiduciary duty, the basis for many an ERISA lawsuit.

The International Paper lawsuit was case number 3:06-cv-00703-DRH-CJP, filed in the US District Court, Southern District of Illinois.