An ERISA lawsuit brought by Ohio Attorney General Mike DeWine against Fannie Mae and KPMG has been settled for $153 million. The ERISA investment lawsuit, which was filed on behalf of shareholders, ends litigation that started in 2004. The ERISA settlement is still pending approval of the United States District Court for the District of Columbia. 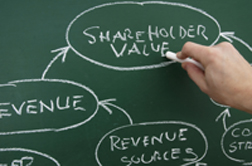 DeWine announced the settlement in a news release (found online at ohioattorneygeneral.gov; 5/7/13), noting that the class-action lawsuit against Fannie Mae and KPMG alleged the firms, along with others, issued false and misleading financial reports to shareholders, which artificially inflated the value of Fannie Mae’s securities. Among the plaintiffs in the suit were the Ohio Public Employees Retirement System (OPERS) and the State Teachers Retirement System of Ohio (STRS), along with purchasers of Fannie Mae common stock and call options, and sellers of Fannie Mae put options from April 17, 2001 through December 22, 2004.

More EMPLOYEE STOCK OPTION News
According to Businessweek (9/20/12), the lawsuit alleged Fannie Mae and KPMG overstated Fannie Mae’s earnings from 2001 to 2004 by $6.3 billion. The lawsuit originally sought $6 billion in damages, but was settled for $153 million with the aid of a mediator.

In September 2012, Franklin Raines, former chairman of Fannie Mae, was dismissed from the securities fraud lawsuit, with the judge finding that plaintiffs could not prove Raines intended to deceive them or that he failed to meet the standard of ordinary care in his reporting on the company’s financial status. Shortly after that, Leanne G. Spencer, who is a former controller of Fannie Mae, was also dismissed from the lawsuit.

Posted by
james mcdaniel
on May 19, 2013
my home was my retirement, and in 2007 B of A ,refinaced me into a loan i could not afford. This so they could forclose later in 2011.There intention was to, but thank GOD FOR PRES. OBAMA. They tried for 3 years and it took all my saveings,and every thing i could beg or borrow to keep it. I still strugel today because of it. SHAM ON THEM I was taught very early in life ,by UNCLE Howaed" If the bank will not give you the money ,Then you do not need it "
Posted by
OWEN ZIEGLER
on May 19, 2013
Please send me more info on this lawsuit.