A bankrupt corporation is facing a $97 million ERISA lawsuit amidst allegations it took its ownership stake in a steelmaker below a threshold that would otherwise hold it liable for pension responsibilities and obligations under the Employee Retirement Income Security Act. 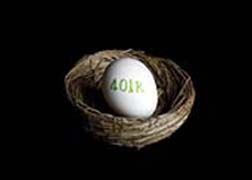 According to an account in the Charleston Daily Mail of West Virginia (1/31/13), the suit was brought by the Pension Benefit Guaranty Corp. (PBGC) against defendant Renco Group over its dumping of 24.5 percent of its stake in RG Steel just prior to the steelmaker’s bankruptcy filing. The allegation is that Renco reduced its ownership stake to evade retirement plan obligations involving some 1,350 retirees.

Renco has denied the allegations made in the ERISA lawsuit.

According to the employee stock plan report, Renco acquired the assets of Wheeling-Pittsburgh Steel Corp. held by OAO Severstal, a Russian steelmaker. Upon finalizing the acquisition, Renco is reported to have formed RG Steel.

Just beyond a year following the initial acquisition in March, 2011, RG Steel filed for bankruptcy and liquidated steel mill assets.

The plaintiff in the ERISA lawsuit, the PBGC, alleges that Renco at the time provided assurances that no change in ownership structure or status was imminent.

The foregoing assurance is a key factor for those retirees participating in an employee savings plan. According to ERISA provisions, any firm that maintains an ownership stake in a firm at 80 percent or higher is deemed responsible for ERISA pension obligations of that company.

In January of last year, Renco is reported to have sold 24.5 percent of its stake in RG Steel to Cerberus Capital Management of New York City. In so doing, Renco reduced its ownership in RG Steel to below the 80 percent level.

At the time, according to officials close to the ERISA lawsuit with the PBGC, Renco announced publicly that such a transaction with Cerberus would improve the financial health of RG Steel. Less than five months later, RG Steel filed for bankruptcy. According to ERISA plan guidelines, Renco’s reduction of ownership meant it escapes obligations to retirees holding an employee 401k.

More EMPLOYEE STOCK OPTION News
“A principal purpose of this proposed transaction was to dilute Renco’s ownership in RG Steel below the 80 percent threshold set forth in ERISA,” the complaint states, “in order to break up the controlled group, thereby allowing Renco to evade liabilities owed to PBGC if the plans were to terminate.”

Not that ERISA investment participants are left high and dry; responsibility for those ERISA benefits now falls to the PBGC. A spokesperson for Renco suggested the PBGC - a government agency - has no case, and the claims have no basis in fact.

An ERISA lawsuit often follows alleged activity as noted above or in the face of alleged infractions on the part of ERISA plan administrators whose sole responsibility is to undertake and manage the pension funds with the best interests of plan participants at heart, rather than that of the corporation.