Thanks to regulatory changes, 2012 will see some important changes to ERISA plan laws. Those changes will hopefully help ERISA pension plan participants and participants in company-sponsored employee savings plans better understand how those plans are managed. Changes to the Employee Retirement Income Security Act (ERISA) may not only help employees understand their rights but may also help clarify regulations when employees file an ERISA lawsuit. 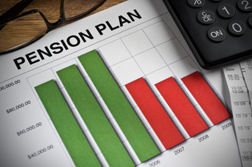 According to the Reno Gazette-Journal (12/30/11), one of the first changes to take effect will be regulations requiring covered service providers to fully describe their services and their fees. This regulation goes into effect on April 1, 2012, and is expected to help fiduciaries make more informed decisions about service providers. Service providers will have to include information detailing the services that are provided, the costs of each service, and any direct or indirect compensation they receive. They will also have to disclose any potential conflicts of interest.

As of May 31, 2012, plan fiduciaries will have to inform plan participants of the fees charged by service providers and also of the services provided. Failure to do so could be a violation of fiduciary duty. Among the fees that must be disclosed are fees paid from participant accounts and any charges that may be taken from a participant's account.

Fees for ERISA benefits can add up and can significantly affect the value of an ERISA plan. In the past, lawsuits have been filed against service providers and/or fiduciaries, alleging that unreasonably high fees were charged for ERISA plans. The Washington Post (01/05/12) reports that the change in fee disclosure regulations was a response to the numerous lawsuits filed by employees who discovered they were paying high, hidden fees to the companies that managed their ERISA accounts. Those fees can have a devastating effect on participant accounts.

"For instance, a 1 percent unwarranted cost might impact final accumulations over an employee's career by 30 to 50 percent," Frank Armstrong writes for The Washington Post (01/05/12).

More EMPLOYEE STOCK OPTION News
Because fiduciary duty is paramount to ERISA laws, the Department of Labor is changing rules regarding who is considered a plan fiduciary. The changes could result in the definition of "fiduciary" now including anyone who provides advice to the people in charge of retirement plans or ERISA accounts.

Previously, the "fiduciary" label was more strictly applied to people who provided regular, on-going advice to plan administrators. The problem was some service providers or financial planners offered advice on a regular basis but claimed they only did so occasionally, and therefore were not held to the fiduciary standard, and were not liable if their advice harmed the plan.

Plan fiduciaries have a legal obligation to act in the best interests of plan participants; failure to do so could be a breach of fiduciary duty and could result in an ERISA lawsuit being filed.