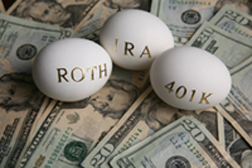 In some instances, however, these regulations are violated, and companies are investigated in order to pinpoint such actions and deliver the appropriate punishment.

Recently, for example, a Seattle, Washington-based law firm announced that it was in the midst of investigations into claims that the Dow Chemical Co. made significant changes to its pension plan, which could ultimately constitute ERISA violations.

According to the Midland Daily News, the investigations are seeking to discover whether or not the company completely detailed the potential negative consequences of the plan changes to its employees.

The investigations are not the first employee-related problems encountered by Dow Chemical, which has been named as a defendant in a number of asbestos-related lawsuits over the past few years.

In addition to Dow Chemical, however, a federal class-action lawsuit headed by plaintiffs from Panama and Italy claims that Verizon violated ERISA and "wrongfully shortchanged" its foreign workers, according to Courthouse News Service.

The news source reports that one of the plaintiffs in the ERISA case, Italian Mario Boeri, claims that Verizon underpaid him by more than $50,000 in benefits twice.

Boeri, along with Panamanian Ramon Mejia, claim that they made "Herculean efforts over the years to recover the amounts that were wrongfully withheld from their employee benefits."

More EMPLOYEE STOCK OPTION News
However, the two foreign workers claim that once Verizon decided that it had, in fact, wrongfully withheld the money from the various employees, it asked them to commit perjury under oath rather than request reimbursement from the IRS.

According to the news source, the class-action plaintiffs include thousands of workers who never lived or worked in the US, but were allegedly subject to the ERISA violations by Verizon.

In addition to such violations, the suit accuses Verizon of breach of contract, attempting to aid perjury and wrongfully denying worker benefits, the news provider said.

The suit reportedly seeks restitution, the appointment of an auditor who is neutral and other damages.

Verizon was also sued recently by a number of Washington residents who claim to have been billed approximately $80 million in fees that were not authorized, reports local television station KXLY.