The US Department of Labor (DOL) has initiated a lawsuit against a failed metal processing company in an effort to recover more than $16,000 in ERISA plan contributions owed to a collection of employees. The DOL launched the lawsuit to ensure the missing contributions don't wind up as a write-off during bankruptcy proceedings. 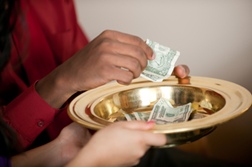 The Herald-Palladium reported on April 16 that Metal Processors Inc. failed in July of last year after the Bank of America, the lending institution to which the plant was beholden for loans and a mortgage, pulled the plug on the company. There were reportedly about 15 personnel working at the plant at the time it was shut down. Bankruptcy proceedings were filed about a month later, on August 31 of last year.

At the time bankruptcy proceedings were filed, there were 34 participants in an employee ERISA pension plan that had $874,191 in assets. At issue is $16,200 in workers' contributions that failed to make it into the plan over a three-month period.

The DOL alleges that between June 18 and September 24, 2009, a total of $16,200 in contributions that should have been placed into the ERISA benefits plan was instead held in the company's general accounts and was used to pay operating expenses. The owner of the company is reported to have claimed that a plant manager was running the company at the time of the alleged holdback of ERISA contributions, and that he was unaware of the situation.

More EMPLOYEE STOCK OPTION News
Metal Processors Inc. was a manufacturer located in Stevensville, Michigan. The Department of Labor filed the employee 401k lawsuits in US District Court at Grand Rapids in an effort to recover the $16,200 in contributions, plus interest. The lawsuit also seeks to have the ERISA investment plan properly wound down and funds distributed to the participants.

As part of its lawsuit, the DOL also seeks to ensure that the owner of the now-defunct Metal Processors Inc., Russel Reschke—as well as the failed company or anyone else associated with the bankrupt business—is not allowed to serve as fiduciary with any ERISA plan governed under the Employee Retirement Income Security Act.

When a business is failing, operators will often pull out all stops to ensure that the company stays afloat—including the possibility that employee contributions to an employee stock plan or similar retirement savings vehicle be re-directed to pay the bills. Such a diversion, however temporary, is in direct violation of ERISA guidelines.