When a business is having financial difficulties, various accounting and financial management initiatives are often brought into play in an effort to weather the storm. However, some things are not acceptable—such as withholding employee contributions for an ERISA plan, and not returning the funds to the plan when you go out of businesses. 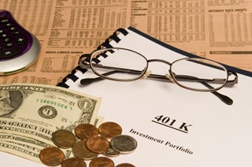 That's the crux of the allegations against CLRS Enterprises and owner Larry Chaney. According to a statement released in January by the Employee Benefits Security Administration (EBSA) under the auspices of the US Department of Labor (DOL), the defunct Portland firm withheld $11,000 in employee contributions to an employee savings plan and used the funds for its own needs.

When the company ultimately failed, the funds were never returned. The allegation is contained in a lawsuit filed in US District Court for the District of Maine.

"These defendants failed in their fiduciary duties when they allowed plan assets to be used by the company that sponsored the plan," said Edward Maloney, EBSA's acting regional director in Boston, Massachusetts. "ERISA requires that plan assets be used only for plan participants and beneficiaries."

The allegation of violations with regard to the employee 401k plan stems from an investigation conducted by the DOL and EBSA into the activity of CLRS from February 27, 2007 through November 27 of that same year. The lawsuit claims that CLRS withheld the contribution funds during the stated period and redirected the funds to satisfy the firm's own obligations.

CLRS sponsored the plan to provide retirement benefits for employees of the company. Chaney, as sole owner of CLRS and a plan fiduciary, was the only individual with check-writing authority.

The company ceased operations in November 2008.

More EMPLOYEE STOCK OPTION News
The ERISA pension lawsuit asks the Court to restore the missing contributions—plus interest—to the plan, as well as permanently undo any prohibited transactions. In addition to being barred from serving as a fiduciary to any ERISA-regulated employee benefit plan in future, the plaintiffs are seeking the requirement that Chaney's individual plan account cover the losses to the employee's ERISA benefit plan, if necessary.

Click to learn more about LawyersandSettlements.com
LawyersandSettlements.com - A trusted, independent legal news provider bringing quality news and information on legal cases and lawsuits filed in the United States of America to its readers since 2002. Over 650,000 legal help requests including Employment Law Cases, and Securities Fraud Cases have been forwarded to lawyers all across to the country.