Former employees of Air Transport Manufacturing Co. not only lost their jobs when the aircraft parts and equipment manufacturer went out of business in 2008, it was also determined that employees were out $601,736 in value to their ERISA plan. The US Department of Labor announced January 6 that it had received a court order requiring the restoration of those missing funds. 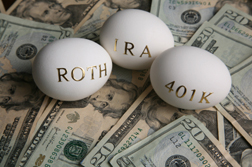 The former Sun Valley, California company ceased operations and sold assets three years ago. When the Labor Department's Employee Benefits Security Administration (EBSA) launched an investigation into the activities and comportment of the plan, it found what were described as multiple violations of ERISA pension rules.

"The participants and beneficiaries covered by this plan were mistreated," said EBSA Assistant Secretary Phyllis C. Borzi in a statement. "Our legal action will ensure that these workers and their families receive their rightful benefits and that the responsible fiduciary is no longer able to harm participants in this way."

The US Department of Labor, according to a statement, filed a lawsuit in US District Court for the Central District of California. The court order mandating the reinstatement of funds, resolves that lawsuit.

More EMPLOYEE STOCK OPTION News
The Labor Department's suit alleges that the chairman of the board and a fiduciary of the stock ownership plan failed to properly administer the plan, make required distributions to plan participants and procure annual appraisals of the company's stock.

It was noted that during the EBSA investigation, Air Transport Manufacturing Co. made partial distributions to participants, but the shares were significantly undervalued at the time. The order excludes Kirn Kessen from distributions as a participant and permanently bars Kessen from serving as a fiduciary to any employee 401k covered by ERISA.

The anemic US economy of the past few years has already dampened value in many an employee savings plan, at a time when few Americans can afford such a loss in value given extended life expectancies. To have an ERISA pension plan decimated illegally through allegedly fraudulent means only adds to an already uncertain retirement future for many Americans.