Violations of the Employee Retirement Income Security Act (ERISA) can result in lawsuits against a company and its trustees, as plan participants fight to recover money lost due to improper handling of Employee Stock Ownership Plans (ESOPs) and other benefits plans. The US Department of Labor recently filed a lawsuit against Steven D. Westra, a former trustee of the Westra Construction Inc. ESOP, for allegedly mismanaging his company's employee stock plan. 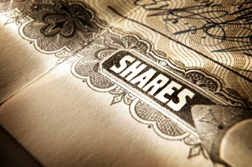 According to the Daily Reporter on 3/08/10, Westra used the company ESOP to purchase 40,000 shares of non-voting convertible preferred company stock. The lawsuit alleges that the shares, which were purchased for $4 million, were bought on the basis of valuation reports and fairness opinions that Westra knew or should have known were flawed. Furthermore, Westra and company executives made the purchase by transferring assets from another company retirement plan—an employee 401(k)—without the knowledge or consent of employees.

When Westra closed in 2003, the preferred stock became worthless. The lawsuit alleges that Westra used the retirement assets to subsidize corporate activities. The lawsuit seeks to restore all losses the ESOP incurred as a result of Westra's actions and further seeks to bar the defendants from serving as fiduciaries to any ERISA-covered employee plan.

More EMPLOYEE STOCK OPTION News
Meanwhile, a lawsuit involving revenue-sharing and ERISA has been settled for $13.8 million. The defendant, Hartford, agreed to settle with Phones Plus and other "similarly situated" organizations that used Hartford as a service provider between November 2003 and the date of the settlement. The suit alleged that Hartford's revenue sharing agreement with mutual funds was a breach of fiduciary duty and a violation of ERISA, according to Daily Finance on 2/24/10.