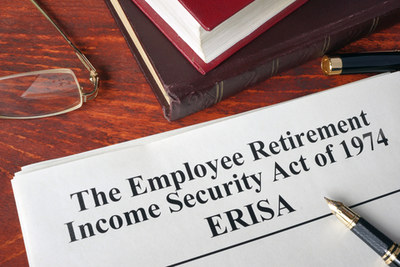 The maneuver was ostensibly designed to help Fidelity recoup some of the revenue it has lost in the last two years because of the growing popularity of passive investment options, like index funds. Ultimately, however, that money came out of the pockets of individual retirement savers – potentially an enormous number of them.

In addition to the class action lawsuit, Fidelity now also faces an investigation by the US Department of Labor (DOL) and the Massachusetts Securities Division. Fidelity, it should be noted, denies all allegations of wrongdoing.


Fidelity, according to the Complaint, offers retirement plan participants the opportunity to invest in third-party mutual funds and similar investment vehicles through its “FundsNetwork,” which Fidelity describes as its “supermarket for non-proprietary funds.” Beginning in 2017, Fidelity began to require third-party funds and advisors to make additional payments to Fidelity if the revenue-sharing payments otherwise generated by Fidelity’s recordkeeping and related services fell below a certain pre-set level.

Fidelity charged third parties for the privilege of using the Fidelity platform to offer non-Fidelity investment options. To follow the supermarket analogy, Fidelity sold shelf space. It allegedly made tens of millions, if not hundreds of millions of dollars per year from these payments. Although the numbers are eye-popping, when the arrangement is seen simply as a contractual agreement between Fidelity and non-affiliated funds, nothing seems terribly amiss.

But this fee arrangement increased the cost of mutual funds and thus decreased the amount of money that 401k plan participants would have on retirement. And most important of all – it was kept secret. Fidelity allegedly hid the existence of the kickback payments from the 401k plans that were its clients and explicitly prohibited the outside mutual funds from disclosing the any information about the scheme.

With no way to know about these payments, 401k plan participants who had undertaken the responsibility to manage their own retirement savings had no opportunity to make informed choices. The legal harm is that they were denied the protections of ERISA.


Specifically, it appears that these payments to Fidelity run afoul of ERISA provisions that require fiduciaries to:

• act for the sole benefit of plan participants;

• refrain from using plan assets for their own account or for the benefit of third parties who have interests that are adverse to those of the plan participants; and

• disclose the sources of indirect compensation.

The lawsuit seeks restitution of all funds wrongfully charged to every 401k plan affected.

At the heart of all this is the assertion that Fidelity Investments and related parties acted as fiduciaries because it had been hired to exercise discretionary control or authority over plan management or plan assets. Some have speculated that, as retirement plan administrative functions are increasingly delegated to third party service providers, like Fidelity, the enforcement of the fiduciary duty provisions of ERISA has become weaker. It is certainly the case that much recent ERISA litigation has focused on these fiduciary safeguards.

How big is this lawsuit?

More EMPLOYEE STOCK OPTION News
It is not entirely clear yet, but it is worth noting that Wong does not name the T-Mobile 401k plan as a defendant. Rather, he brings this lawsuit on behalf of that plan and “All employee pension benefit plans covered by the Employee Retirement Income Security Act of 1974 subject to Internal Revenue Code §§ 401(a) or 401(k) with which Fidelity has maintained a contractual relationship.” In making the argument that the lawsuit qualifies for class action status, the Complaint cites “at least thousands of Class members throughout the United States.”

Common sense suggests the real number may be much larger. Even if the class of plaintiffs is limited to individuals who participated in 401k plans serviced by Fidelity after 2017, that is a lot of plans with a lot of participants. This could be very big litigation and a very large amount of money. It would also not be surprising to see continued involvement of the DOL and state regulatory authorities, which may expand the scope of the legal action. This is clearly a lawsuit to watch.

If you or a loved one have suffered losses in this case, please click the link below and your complaint will be sent to a financial lawyer who may evaluate your Employee Stock Option claim at no cost or obligation.
Request Legal Help Now

Click to learn more about LawyersandSettlements.com
LawyersandSettlements.com - A trusted, independent legal news provider bringing quality news and information on all legal cases and lawsuits filed in United States of America to its readers since 2002. Over 250,000 legal help requests including Financial Cases, Employment Law Cases, and Securities Fraud Cases have been forwarded to lawyers all across to the country.