In an ERISA lawsuit filed in the Northern District of Alabama, participants in the Compass SmartInvestor 401(k) Plan claim that Plan fiduciaries failed in their legal duty to act prudently for the benefit of plan participants and beneficiaries. The Plan offered only one poorly performing short-term bond investment option and failed to monitor the investment performance of higher cost funds, ostensibly selected to produce higher yields. 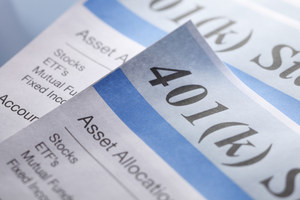 Ferguson v. BBVA Compass Bancshares Inc. claims that the participants were presented with few options that would allow them to either preserve the value of their savings or invest them for the growth that would be necessary to sustain retirement.


Section 404a1B of ERISA requires a fiduciary, such as the Plan Administrator or the investment committee of a defined contribution retirement plan, to use care, skill, prudence and diligence, and to act in the same way that someone familiar with such matters would act. With a 401k plan, that rule particularly affects the selection of investment options among which participants can choose when making decisions about their own retirement funds.

Furthermore, these fiduciaries must seek and act on expert investment management advice. A good heart and an empty head will not do when making decisions about other people’s money. This is particularly true when, as in Ferguson, the defendant entities are banks.

During the period in question, the investment choices offered by the Plan were: company stock; a money market fund; a series of target date (blended) mutual funds; a single bond mutual fund; and, international, large-cap, large-cap growth, and small-cap growth and value mutual funds. The legal question is whether these options were those that a prudent expert would select. Could the participants make sound choices from the menu presented?

Was the Vanguard Money Market Fund worse than “stuffing money in a mattress”?


The Complaint takes aim first at the performance of the most conservative investment option, the Vanguard Money Market Fund, which was the Plan’s only short-term bond fund. This kind of investment option arguably has a place in a balanced portfolio, particularly for those nearing retirement and others who may be more concerned with preservation of capital than growth. This is especially true when interest rates are high, which has not been the case in recent years.

During the relevant time period, the return on the fund was near zero –.01 percent, to be precise. After costs, participants actually lost money. Furthermore, during the years in question, as much as $108 million, one-fifth of participants’ plan savings, were invested in this fund. The plaintiffs argue that:

“a diligent plan sponsor, monitoring the Plan, would have realized that there was a serious problem with the structure of the Plan’s options based upon the participants’ behavior. No rational investor presented with sufficient short-term capital preservation options would make an investment that earned no income.”
Other short-term bond funds with better investment performance, they argue, were readily available.

Is it a “fool’s game” to try to beat the performance of an index fund with an actively managed fund?


On the other end of the investment spectrum, the Complaint targets 14 high-cost, but underperforming funds offered by the Plan, which the fiduciaries allegedly failed to monitor and replace with better performing investment choices. These are: Aston/TAMRO Small Cap I; Principal Mid-Cap Value; ten Principal Target Date Funds; Invesco International Growth Fund; and Thornburg International Value Fund.

The plaintiffs pursue their point even farther, however, arguing on the authority of a range of investment advisors that it is essentially fiduciary malpractice to offer high-cost, actively-managed mutual funds rather than low-cost index funds. The Complaint quotes Warren Buffett, who advised Berkshire Hathaway shareholders in 1996 that:


Therein lies the rub. Ferguson does not argue, as some other breach of fiduciary duty lawsuits have, that the Plan fiduciaries had any corrupt motive or that there was any kind of self-dealing.

The lawsuit alleges that the fiduciaries made poor choices that did not rise to the “prudent expert” standard. They then failed to catch and rectify their mistakes because they did not adequately monitor investment performance. Ferguson attempts the difficult feat of counterfactual argument – proving what could have been, if only decisions had been different. The evidence is largely statistical.

Some may argue, as well, that the plaintiffs have tried to substitute their own investment insights, after the fact, for those of the fiduciaries, in the moment.

Taken together, this is a very aggressive approach. Plaintiffs’ attorneys are swinging for the fences. If Ferguson succeeds, it may open new avenues for 401k mismanagement lawsuits in the future.
READ ABOUT EMPLOYEE STOCK OPTION LAWSUITS