Delgado v. ILWU-PMA Welfare Plan, an ERISA lawsuit now pending in the U.S. District Court for the Central District of California, has more lives than a cat. 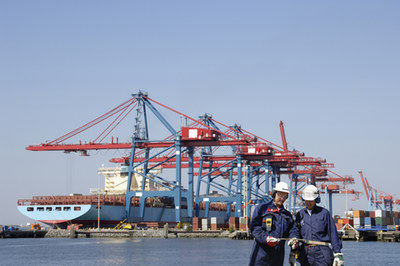 Whether the lawsuit survives the latest Motion to Dismiss is important, though. To look at the issue from the plaintiffs’ perspective, this is because Delgado is about whether claimants can win when they argue that fiduciaries make ERISA benefit decisions in ways that are tainted by conflicts of interest and systemically biased processes.

Claimants under long-term disability plans and employees who have been forced to arbitrate employment disputes have long carried this battle, and they have gained some traction. Recently, California courts have seemed willing to consider whether the deck really has been stacked against them. Delgado may test whether these qualms about fairness can make the jump from long term disability and employment decisions into health plan lawsuits, as well.


The original Delgado Complaint was filed in June of 2018 and sought $6.5 million in damages. It was dismissed in November of 2018, but the court permitted the plaintiffs to amend and refile. The amended Complaint, filed in December 2018, sought $4.1 million for a reduced number of claimants. A new Motion to Dismiss was filed in January 2019. Plaintiffs have filed a memorandum in opposition, and the hearing has been set for March 2019.

The superabundance of motion practice has refined the basic dispute into a smaller number of issues, but it is still not completely clear that the plaintiffs and defendants are arguing about the same thing. As is often the case with ERISA lawsuits, the fight about substantive fairness is now wrapped in a proverbial yelling match about process.

The ILWU-PMA Welfare Plan (the “Plan”) argues that the lawsuit is either too early, because it alleges harm that has not yet occurred or may never occur, or it is too late because the issues have already been resolved through arbitration. Plan participants, on the other hand, argue that the process through which benefit decisions are made is fundamentally unfair and could never yield a just result because the plan fiduciaries are conflicted. Further, the arbitration process though which appeals may be pursued is flawed.


The lawsuit claims that the Plan violated ERISA by failing to pay preapproved claims. Workers allege that the self-insured nature of the plan sets up an inherent conflict: “Because the fewer claims paid, the more money defendants could keep for investments or any other expenditures of [the] health plan, the actions of defendants were biased in favor of not paying claims as a result of this inherent conflict-of-interest.”

With respect to the way in which any conflict of interest might affect future claims arising from the discontinuance of treatment, the Plan argues that the Court should not be asked to resolve hypothetical issues that have not yet arisen. In legal parlance, the issue is not “ripe.”


The plan document provides that denied benefit claims may be submitted to arbitration. The Plan argues that benefits denied at that juncture should not be re-litigated in court. In essence, claimants should not be permitted a second “bite at the apple.”

With no chance to re-litigate past claims and no opportunity to review the process through which future claims will likely be decided to the harm of Plan participants, participants have nothing. They have no chance to seek redress of wrongs.

So, in opposition, the plaintiffs argue that the arbitration process was flawed. They cite a biased presentation of facts, withholding of documents and the fact that the arbitrator was not a neutral trier of fact.


This all takes place, of course, within a larger milieu. The plaintiffs’ cases, whether triggered by LTD or medical benefit denials, have focused on two questions:

• Is the traditional standard of deference established under the 1989 Supreme Court decision in Firestone Tire & Rubber v. Bruch justifiable; and

• Should plaintiffs be bound by forced arbitration agreements?

Neither of these situations is completely the same as the Delgado dispute. It would require some imagination to bridge from these precedents to the case at hand. Nonetheless, these developments are part of the intellectual legal landscape in California at the moment.

For claimants who believe that they have been unfairly denied ERISA benefits, the odds for success may be better than they have been at any time in the last three decades.
READ ABOUT EMPLOYEE STOCK OPTION LAWSUITS

Posted by
EDUARDO VALLEJO
on February 24, 2019
I worked for JPM Chase and have been denied my long term disability benefits as my MD will not permit me return to work due to my age and high blood pressure.