Shares of drugmaker AstraZeneca recently fell to their lowest level in two weeks in London trading following a study comparing statin drugs in which Crestor failed to achieve its main goal. 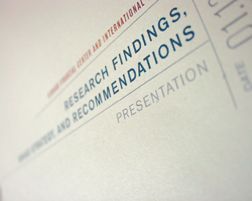 According to Bloomberg, shares of the drug company dipped 3.7 percent after the study showed a benefit of Crestor over Pfizer Inc.'s Lipitor, but one measure indicated that the result was not statistically significant.

The significance of demonstrating a benefit of Crestor over its rival cholesterol-lowering drug stems from the need for AstraZeneca to convince physicians to continue prescribing the medication even when cheaper forms of Lipitor begin to take hold in the market, analyst Tim Anderson with Sanford C. Bernstein said in a report, according to the news source.

The study, which was referred to as "Saturn," was designed to compare the drugs in terms of improving plaque buildup in arteries of patients who suffered from heart disease. Crestor reportedly was shown to be more effective, but the main measurement was not statistically significant, the drugmaker noted.

"A lot of people were hoping the study would differentiate the two," Navid Malik, an analyst with Matrix Corporate Capital LLP, told the news source. "I don't think it will now."

As a result of the disappointing study, Bernstein analyst Anderson lowered his sales estimate for Crestor in 2015 by 5 percent to $6.5 billion. Lipitor, which will lose its patent protection this year, brought in $10.7 billion in sales for Pfizer last year, while Crestor garnered $5.7 billion, according to the news source.

More STATINS News
The falling sales and disappointing study results are the latest hit to Crestor, which has also been linked to side effects, along with other statin-type medications. According to The New York Times, experts believe that relatively healthy people who take Crestor and similar medications as a preventative measure may be putting themselves at risk for certain side effects, including Type 2 diabetes.

In addition, the news source points out that a number of patients have previously complained of muscle pains after taking statins, while doctors often need to check to ensure that liver enzymes are not excessively high in those taking the drugs.

Crestor has also been linked to common side effects such as heartburn, dizziness, joint pain and loss of appetite, according to the National Center for Biotechnology Information.

If you or a loved one have suffered losses in this case, please click the link below and your complaint will be sent to a drugs & medical lawyer who may evaluate your Statins claim at no cost or obligation.
Request Legal Help Now