Toronto, ON: Imagine the panic one might feel when told the defibrillator relied upon to help keep you alive, could fail at any time and with little warning. In reality, that circumstance is one Canadian lawsuit plaintiff Shirley Houle didn’t have to imagine. Amongst the St. Jude ICD and CRT-D device lawsuits, is a Canadian class action launched this past May.
Read [ Canadian Class Action Launched Against Defective St. Jude Cardiac Defibrillators ]

“I want this Mirena IUD out, over and done with.”

Toronto, ON. Nickey followed her doctor’s orders, and the Mirena manufacturer’s orders: five years after the IUD was implanted, she made an appointment to have it removed. But it wasn’t that easy. Next month will be the fourth, and she hopes final, attempt to have all of the birth control device removed from her uterus.


“On the first attempt, my OB/gyn couldn’t find the string so he sent me to another specialist where I had an ultrasound to see where exactly this Mirena was,” says Nickey. “He found the Mirena in my uterus—where it was supposed to be—but when he tried to remove it, the metal piece broke.”


Next up, Nickey had to undergo a general anesthetic, but her doctor told her during the follow-up appointment that the Mirena had perforated her uterus. “He told me that a Da Vinci surgical robot was supposed to have been used in this procedure but it wasn’t available that day,” Nickey says. he didn’t tell Nickey when and how her uterus was perforated by the Mirena. “He is definitely going to use the robot next month to retrieve this broken piece— it will be the fourth attempt to have this Mirena entirely removed.”


A study published by the International Journal of Women’s Health concluded that IUD perforation, “is a rare but serious complication of IUD use”. If a device perforates the uterine wall, it can continue to migrate elsewhere in the body and extensive surgery may be necessary to repair the damage. Nickey is 33 years old and the mother of a 10-year-old boy. She wants to have another child, so this complication is extremely worrisome.


Given the number of lawsuits filed against the manufacturer, Bayer Healthcare, alleging permanent injuries and trauma due to complications that necessitated surgical removal, IUD perforation is not so rare. (The study was conducted in 2014). Between 2000 and 2013, the FDA had received 70,072 complaints about the Mirena IUD, according to a report by
investigators. (Here is the FDA’s adverse event reporting system, called FAERS.)


“Since the first surgery to have the Mirena removed I have had such heavy bleeding that I needed to take iron pills and often found myself shaking,” says Nickey. “As well, I had a lot of pain after the surgery—I’m not looking forward to the surgery on January 24th. And it’s a one-hour drive to the hospital. Who is paying for my time?

“If I knew what I know now about Mirena, I would never have gotten this IUD. I’m weighing my options about other kinds of birth control but before that, I have to get my body back to normal. And I am concerned that I have damage to my uterus because I want more kids one day. My doctor knows I want more kids and he has given me options if it cannot be removed. If push comes to shove, he mentioned hysterectomy. Emotionally and physically, this IUD has taken a lot out of me…I just want it out.”


If the Mirena has perforated the uterine wall, robotic surgery or laparoscopic surgery is necessary. A number of women who have undergone surgery to have the device removed have charged Bayer with manufacturing a defective product. They seek damages to cover medical expenses, lost wages, and ongoing care needs, and to compensate them for pain and suffering. Sadly, many women have also undergone hysterectomies.

Research Both Kind, and Unkind to Propecia

London, ON: Propecia finasteride has, in many ways run on a track reminiscent of Jekyll and Hyde: to wit, a drug that effectively promotes hair growth for men suffering from male pattern baldness and looking to recapture their youth and vitality, has also been associated with Propecia sexual dysfunction, over which many a Propecia lawsuit has alleged. Finasteride is also suspected as a depression trigger.
Read [ Research Both Kind, and Unkind to Propecia ]

“The More I Find Out about this Hernia Mesh, the Angrier I Get, “ says Surgical Mesh Victim

Toronto, ON: Linda has been suffering from debilitating pain since she had routine abdominal mesh surgery. “I was better off before surgery with a little discomfort. Now I find out, too late, that some of the mesh is defective,” she says. “And to make me even angrier, studies show that not all hernias need surgery. I should have sat this one out…
Read [ “The More I Find Out about this Hernia Mesh, the Angrier I Get, “ says Surgical Mesh Victim ]

Toronto, ON:Four years ago David had triple bypass heart surgery and he has been suffering from infections ever since. “Nobody could tell us why he was getting so many infections, until we got a letter from the hospital that said this Stockert 3T heater-cooler system used during surgery is linked to a rare bacterial infection,” says Shelly, David’s wife.
Read [ Heart Surgery Patient Blames Stockert 3T Heater-Cooler System for Infections ] 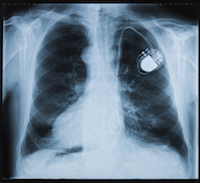 Toronto, Ontario Thousands of Canadians and American cardiac arrhythmia patients with implantable defibrillators powered by faulty ion batteries and manufactured by St. Jude’s Medical Inc. and St. Jude’s Medical Canada are or will soon be eligible to join class actions suits in Canada and the US.
Read [ Implantable Defibrillators with Faulty Batteries Lead to Class Action ]

Toronto, ON: Concern over the growing opioid epidemic has prompted forward-thinking drug manufacturers and pharmaceuticals to consider anti-tampering and abuse deterrents in the design of new drugs. The US Food and Drug Administration (FDA) however, which has recently vowed to fight opioid abuse, has found it necessary to question the claims of a Canadian manufacturer that potential abuse of its OxyContin bioequivalent could be effectively deterred.
Read [ Canadian Manufacturer of Anti-Abuse OxyContin Bioequivalent Seeks FDA Approval ]

Toronto, ON: One of the most recent lawsuits to be filed against St. Jude Medical with regard to faulty batteries associated with Implantable Cardioverter Defibrillators (ICD) has been filed by a woman in Canada. According to the New York Post (05/12/17), plaintiff Shirley Houle is seeking $800 million in damages on behalf of others similarly affected in a proposed class action.
Read [ Class Action St. Jude Medical Lawsuit Launched in Canada, Seeks $800 Million ] 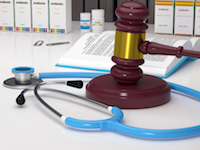 Washington, DC: When it comes to assessing where a manufacturer is with pending litigation, there’s no better source than with the manufacturer itself. To that end, C.R. Bard released details concerning the current state of affairs over IVC filter lawsuits as part of its Form 10-K report that provides a snapshot of the company at the end of its fiscal year, December 31, 2016.
Read [ C.R. Bard Shares IVC Filter Lawsuit Update with SEC ]

Toronto, ON: A recent Canadian study found that nearly 12 percent of Ontario youth diagnosed with attention deficit hyperactivity disorder (ADHD) are prescribed antipsychotic drugs such as Risperdal (Risperidone), Zyprexa and Seroquel despite having no other mental health diagnoses.
Read [ Canadian Study Finds 12 Percent of ADHD Youth Prescribed Antipsychotic Drugs Such as Risperdal ]
Page: 1  2  3     Next»