Dallas, TX: "With all these opioid lawsuits filed against big Pharma, manufacturers, distributors and pharmacy chains, we are hopeful that a treasure trove of discovery will be uncovered to help individuals," says attorney Shezad Malik. "This teacher, this fireman, so many people wouldn't have fallen into the opioid trap if these drugs weren't pushed on them by their doctor or hospital."
Read [ Attorney is Hopeful Current Opioid Litigation will Pave the Way for Individual Opioid Lawsuits ] 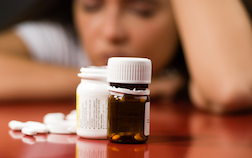 St. Clair County, Illinois The opioid addiction crisis has hit St. Clair County, Illinois hard. They are fighting back in a class action lawsuit charging the Purdue Pharma and Abbot Laboratories Inc. put profits ahead of the health and safety of its customers by underplaying the potential harm associated with highly addictive narcotics.
Read [ Illinois Fights Opioid Crisis with Class Action Suit ] 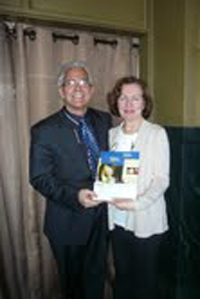 The small town of Fairport Harbor 30 miles from Cleveland has not been the same since a major gas explosion accident on January 24 rocked the picture-perfect community, destroying an apartment building and damaging at least 15 homes. Mercifully, no one was killed when the Dominion Gas line serving the town malfunctioned and forced 3,000 people to evacuate the town early on a cold winter morning.
Read [ Attorney Says Fairport Harbor Victims Need Help Now ]

Thousands of Americans are megabyte mad at Verizon Wireless for adding charges to their monthly bills that they never used or authorized. Attorney Daniel Karon, whose firm has filed just one of a number of consumer fraud suits against Verizon for unauthorized charges, says plaintiffs "are non-smart phone users who never accessed the internet. Or if they did, they never browsed past the homepage, yet were charged for megabyte usage that they never incurred."
Read [ Verizon Called on Unauthorized Charges ]

Female Attorneys May Have the Edge in Yaz Suits

Bayer HealthCare Pharmaceuticals is about to be slapped with a wave of lawsuits over its popular birth control pill. There are hundreds of reported cases of heart attack, stroke and blood clots in the heart and lungs among women who have being using Bayer's Yasmin or Yaz birth control pill. "This is going to be a very significant area of litigation for some time to come," says attorney Janet Abaray, who has filed several complaints on behalf of women who have experienced serious adverse reactions.
Read [ Female Attorneys May Have the Edge in Yaz Suits ]

The Ohio Department of Public Safety and Bureau of Motor Vehicles has been hit with a potentially costly class action lawsuit alleging that two senior employees contravened federal privacy laws when they authorized the sale of information in the state's databanks. "At this point we don't know what motivated them to sell the data," says Charles Lester, an attorney with the Eric Deters law firm in Cincinnati, who represents plaintiffs in the suit. "We just know that the information is out there on the Internet."
Read [ Ohio Drivers Miffed by Sale of Private Info ]

You might think of attorney Patrick Perotti as the Ohio legal profession's very own Robin Hood with a few modifications. Over the last several years Perotti and a band of fellow lawyers has distributed millions of dollars to charities, but there's no sheriff breathing down their necks and they didn't steal the money. They won it fair and square in class action lawsuits. "Sure, I have other things to do," says a relaxed Perotti one morning at his Cleveland office where he is a partner with Dworken & Bernstein, "but that's the way my Irish Catholic mother brought me up. She said you do the right thing."
Read [ Patrick Perotti -- The Good Lawyer ]

Gadolinium Can Make MRIs Hazardous to Your Health.

Magnetic resonance imaging, known more commonly as an MRI, is one of the super tools of modern medicine. It provides doctors with a detailed picture of what's going on deep inside a patient's body. However, there is evidence to show that one of the chemical agents used to produce MRI can be extremely toxic to people with kidney disease.
Read [ Gadolinium Can Make MRIs Hazardous to Your Health. ]

Some employers in the US, using a slippery section of the Fair Labor Code, have been playing their employees for suckers, according to attorney Bruce Meizlish. A seasoned lawyer, with some 30 years experience representing people in disputes with employers, Meizlish was amazed by what a group of workers from the TruGreen lawn care company told him about the company's pay schedule.
Read [ Bruce Meizlish: TruGreen Workers Complain About Chinese Overtime Pay ]