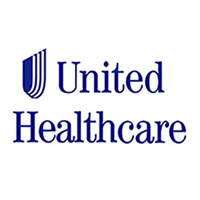 Workers in the U.S. who received psychotherapy through their employers’ plans with United Healthcare Insurance Co. and United Behavioral Health (UBH) in California have filed a proposed class action, claiming the insurers have violated mental health laws

Is a Health Plan Liable for the Negligence of an Unqualified Claims Reviewer?

Johnson v. UnitedHealthcare raises more questions than it answers about how ERISA protects health plan participants who bring bad faith insurance lawsuits over denied medical claims. Stephen Johnson had more than his share of hardship. The law hasn’t helped him. But it’s a complicated story that will affect claimants and health insurers denying medical claims in California and throughout the country. So hang on.
Read [ Is a Health Plan Liable for the Negligence of an Unqualified Claims Reviewer? ]

Las Vegas, NV: A 21-year-old college student from California has filed a multi-defendant lawsuit claiming their negligence is responsible for the injuries she sustained at a country music festival in Las Vegas as a deranged shooter fired a hail of automatic gunfire into a crowd from the 32nd floor of the Mandalay Bay Casino Resort killing 58 people and wounding hundreds more on October 1, 2017.
Read [ Woman Injured in Las Vegas Shooting Launches Lawsuit ]

Las Vegas, NV: The angst over potential airbag failure and the airbag recall involving primary, and some side airbags manufactured by Takata has transferred to China now, with the recent announcement that General Motors and its Chinese joint venture Shanghai GM will recall more than 2.5 million vehicles in China known to have faulty Takata airbags. Earlier, Volkswagen AG announced a recall of 4.86 million vehicles for similar reasons. Whether, or not this will result in an airbag lawsuit akin to litigation that is commonplace in the US remains to be seen – and whether recycled airbags and corresponding airbag injuries will also emerge as a tandem issue.


Mercedes-Benz, a division of Daimler AG, will also be recalling vehicles in China, according to a report in Reuters (09/20/17).


It appears, however that the recalls did not stem from the manufacturers themselves, but rather are founded with the General Administration of Quality Supervision, Inspection and Quarantine – an official arm of the Chinese government.


“Acting upon advice from the Chinese safety authority, Volkswagen Group China therefore made this recall decision,” the automaker said in a statement appearing in Reuters.

Law360 reports that Shanghai GM will commence the recall in a little more than a month from now, October 29 with the recall of some 13,500 imported Saab and Opel vehicles. Two months later, on December 29 the recall will be expanded to encompass 2.51 million Buick and Chevrolet vehicles.


At least 12 deaths have been reported in the US, with 16 deaths globally linked to the defective Takata airbags that employ ammonium nitrate, a cheaper but more volatile chemical inflator that becomes increasingly unstable with age and high humidity. The more intense force delivered by the ammonium nitrate at its most volatile state is no match for the metal casing, which has been known to shatter and send shrapnel spewing out into the driver and passenger compartment. Occupants are, and have been sitting ducks as the razor-sharp pieces of metal tears into them, in some cases causing death.


Scores have been injured.


Those airbag injuries, at least in the US, have not been confined to defective airbag failure as original equipment in vehicles. Airbag injuries and corresponding airbag lawsuits have been linked to recalled airbags removed from vehicles intact and reused in repair and restoration.


Karina Dorado’s story is by now, well-known and well-travelled with inclusion of an AP report in the . Dorado was driving a used Honda purchased for her by her father to facilitate his daughter’s commute to her job in Las Vegas when a relatively minor frontal collision triggered the airbag to deploy.


It turned out the recalled Takata airbag that was in the car she was driving, was not original equipment – but had been pulled intact from another car in association with an intensive rehabilitation of the car she was driving, which previously had been issued a certificate for salvage. In the US there are no laws governing the sale of used auto parts. While recalled airbags should not be removed from one car and installed into another, the precaution is only voluntary – and while an airbag coming into an automotive salvage yard can be traced and identified through a serial number, few operators take the time or expense to do that.


Dorado suffered serious injuries to her throat, trachea and vocal cords, and is lucky to be alive. The family has launched an airbag lawsuit.


Honda Motor Co. Ltd., which earlier this month agreed to a $605 million settlement to leave multidistrict litigation over defective Takata airbags, has undertaken a massive ‘buyback’ program in an effort to get as many of the problematic recalled airbags off the market as possible. But Honda is in the minority.


It is unclear what will happen with the recalled Takata airbags removed from vehicles in China, and whether there is any state regulations preventing the recalled airbags from showing up as a recycled part in a used car.


The Los Angeles Times (08/22/17) notes through an AP report that the Dorado lawsuit from the recycled Takata airbag was filed in Nevada August 18. According to AP, the recycled airbag lawsuit asserts that Havanna Corp. and D&A Bodyworks LLC, two related Las Vegas companies, purchased a 2002 Honda Accord (in Spring, 2015) that had been involved in a crash in Arizona and deemed a total loss by the insurer involved, Liberty Mutual Group. The two companies bought the car at a salvage vehicle auction in Phoenix, the lawsuit said.


In June, 2015 a salvage yard identified as Nevada Pic-a-Part of Henderson, Nevada bought a 2001 Accord to sell for parts.


Sometime between June to September of 2015, AP reports that Pic-a-Part sold the driver’s air bag assembly from the 2001 Accord to Havanna or D&A Bodyworks, even though the airbag had been recalled in May 2015, the lawsuit alleges.


Havanna and D&A are then alleged to have installed the air bag in the 2002 Accord they bought from Liberty Mutual, the lawsuit said. In March 2016, Havanna sold the by-now completely refurbished Accord to Dorado’s father, Jose Dorado-Carillo, but the lawsuit alleges Havanna failed to warn him that the air bag had been recalled.


Specific case details of the Dorado airbag lawsuit were not available at press time. 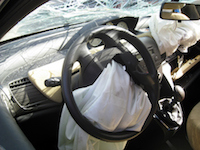 Los Vegas, NV: Karina Dorado appears, by circumstance, to have become the latest poster child for airbag injuries. The 18-year-old Nevada resident was involved in a relatively minor front-end collision earlier this year from which most people would walk away. However, the force with which the driver’s side airbag in her used Honda Accord deployed shattered the inflator casing, sending shards of shrapnel into the young woman’s throat. She very nearly died.
Read [ With Takata Falling, Airbag Injuries and Recycled Airbags Take Center Stage ]

Las Vegas, NV: An otherwise minor crash in a car with a recalled airbag not only caused the young female driver emotional trauma, pain and injuries to her neck and vocal cords, but also speaks to just how a defective airbag got into her car in the first place, together with the lack of effective oversight.
Read [ Airbag Injury to Young Teen Caused by Reused defective Airbag ]

Las Vegas, NV: A Nevada woman suffered serious injuries when the airbag in a used car that her father gave her as a gift exploded.
Read [ Airbag in Salvaged Used Car Explodes in Minor Crash ]

Dallas, TX: Patients who suffered injuries after receiving the shingles vaccine Zostavax may have lawsuit claims against the vaccine's manufacturer for allegedly failing to warn consumers of the vaccine's risks.
Read [ Woman Claims She Suffered Injuries from Shingles Vaccine ]
Page: 1  2  3     Next»