Atlanta, GA: A Georgia widow has filed a Medical Malpractice lawsuit against an Atlanta hospital group. She is charging that negligent care caused her husband to endure fourth-degree bedsores during his stay at the facility and resulted in unnecessary suffering that ultimately lead to his death.
Read [ Georgia Widow Sues Hospital for Bedsores ] 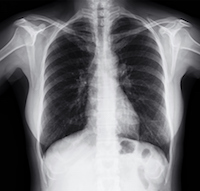 Atlanta, GA: In May 2015, Cynthia Ziegler from Brookhaven, Georgia received a devastating diagnosis from her doctor. Ziegler had stage IV lung cancer and there was no reason for optimism. Until that day Ziegler had no idea there was a dangerous cancer lurking in her chest.
Read [ Cancer Patient Files Lawsuit for Delayed Diagnosis ]

Clayton County, GA The efforts of veteran attorney Jonathan Johnson are, at the moment, heavily focused on a medical malpractice case that will have long lasting consequences for a three-year-old boy who will be growing up with a mutilated penis after a circumcision went very wrong.
Read [ Botched Circumcision Case in Discovery ]

Power Morcellation Suits Wrap Up but Doctors Still Like Procedure

San Diego, CA The majority of the lawsuits brought by women who developed cancer after a power morcellator procedure to extract uterine fibroids are wrapping up usually via a settlement agreement with Johnson and Johnson.


Charles (Andy) Childers from the firm of  Childers, Schlueter & Smith in Atlanta, Georgia says, “We have one wrongful death suit filed against a doctor that is still continuing, however, the other cases we have settled by agreement with Johnson and Johnson.”


Although the outcome of a lawsuit can never bring back what is lost Childers says his clients are “satisfied” with the results.


Power Morcellation (PM) came on board more than twenty years ago and was part of the minimally invasive surgical revolution that allowed doctors to offer patients a more cost effective procedure with quicker recovery times free of the potential complications associated with large incisions and the use of anesthetics.


The technique still in use in the US, involves inserting the power morcellator blade through a tiny incision. The tissue is literally ground and extracted through the same incision.


Power morcellators were commonly used to extract uterine fibroids (myomectomy) or remove the entire uterus. But by 2013 there was trouble on the horizon. As many as 30 lawsuits were filed against Johnson and Johnson alleging that the device unleashed cancerous cells in women with undiagnosed uterine sarcoma.


In November 2014, the FDA issued a safety communication and box label warning that power morcellator had considerable risks. The FDA’s analysis of the data estimated that as many as 1 in 350 women undergoing a hysterectomy or myomectomy for the treatment of fibroids is found to have some kind of including a type of uterine cancer known as leiomysosarcoma.


The FDA warned “that uterine tissue may contain unsuspected cancer. The use of laparoscopic power morcellators during fibroid surgery may spread cancer, and decrease the long-term survival of patients.”


Following the FDA communication many doctors retreated from the power morcellation technique.


According to an Italian survey a doctor reported in the Journal of Minimally Invasive Surgery in 2016 that “58.7% of gynecologists declared that they would change their surgical practice after FDA safety communication”. The reason was “only to prevent legal litigation”.

The AAGL, an association of gynecologists and surgeons, still believes there is a role for PM in young pre-menopausal patients with careful patient review prior to PM. At its conference in Vancouver in 2014 an expert panel said that PM can be an effective and safe procedure.


Dr. Marit Lieng, with the Institute of Clinical Medicine at the University of Oslo reported at that time that Oslo University Hospital found 1 cancer per 183 women in 4,765 post or perimenopausal women that underwent surgery at the hospital for uterine fibroids between 2000 and 2013.


The risk of cancerous fibroids in young women is extremely low and therefore Dr. Lieng told the conference, “I think the findings of our study support the conclusions of the AAGL expert group. You can do power morcellation in selected patients, given a thorough preoperative evaluation, including a cervical cytology, endometrial biopsy, and evaluation of the myometrium by ultrasound or MRI, the risk of unintended morcellation of a uterine leiomysosarcoma in premenopausal women appears to be very low.”


The AAGL also expressed interest in finding new more refined ways to do power morcellation in these patients.


In April 2016, the FDA approved for marketing a new version of PM called the Pneumoliner that uses a bag to collect tissue fragments.


The PneumoLiner technique involves inserting the tissue to be removed inside a small plastic bag that is then sealed and inflated to allow a working area for the power morcellator. Despite the fact that the FDA has licensed this for market it is still standing firm on its warning regarding PM procedures.


In April 2016 the FDA wrote that “The PneumoLiner is intended to contain morcellated tissue in the very limited patient population for whom power morcellation may be an appropriate therapeutic option – and only if patients have been appropriately informed of the risks,” said William Maisel, M.D., M.P.H., deputy director for science and chief scientist at the FDA’s Center for Devices and Radiological Health. “This new device does not change our position on the risks associated with power morcellation. We are continuing to warn against the use of power morcellators for the vast majority of women undergoing removal of the uterus or uterine fibroids.”


A study reported in the Journal of Minimally Invasive Surgery, November 2016 found that in 4 out of 12 cases the containment bags being tested in the study ruptured once again exposing patients to the potential risk of tissue dissemination even when using “contained vaginal morcellation”. 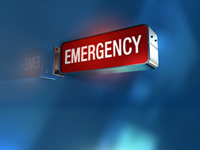 Atlanta, GA In 2012, a nurse from Atlanta was flying to San Francisco to visit her son. As the plane closed in on her destination she suddenly felt excruciating pain in her chest. Although she didn’t know it, an IVC filter in her body had fractured. By the time the plane touched down she was in extreme distress. She told her husband they needed to get to a hospital, fast!
Read [ Nurse Lives with Bard IVC Filter tine lost in her Body ]

Atlanta, GA: A few days after Tomer’s son spent about two hours in ER with a broken arm he received a bill in the mail that included a charge for the emergency room alone. “How can the hospital charge $2,200 for this room—that’s the price of a 7-star hotel,” says Tomer. And being uninsured, that’s not all he was charged…
Read [ Two hour Emergency Room Charge more than 7-star Hotel ]

Class Action Attorney Wants to Know "What's in Their Wallets"

Capitol One, marketed as the "hassle free credit card," is being sued for consumer fraud by some disgruntled customers who are fed up with the company asking them for more and more of "what's in their wallets." Over the last 10 months, the company has tripled borrowing costs for cardholders. Attorney Adam Webb, who represents some of those very annoyed customers in a consumer class action lawsuit, says Capitol One clearly abused its discretionary powers.
Read [ Class Action Attorney Wants to Know "What's in Their Wallets" ]

Attorney Donald Singleton was recently contacted by a woman who believes she was the victim of pharmaceutical malpractice. The potent prescription painkillers she got from her pharmacist for her chronic pain condition turned out to be a heavy dose of anti-inflammatory steroid. "After a few days, the pain she could usually control with her prescription was still there, she was feeling sick and realized the pills in the bottle were the wrong ones," says Singleton, who is currently investigating the "mis-prescription" as a potential case of pharmaceutical malpractice.
Read [ Pharmaceutical Malpractice A Growing Problem says Attorney ] 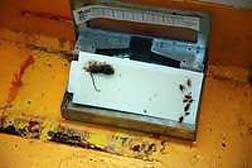 Yesterday attorney Ron Simon investigated one plant at the Peanut Corporation of America (PCA) in Texas and the second PCA plant in Georgia today. The evidence that the PCA's products were contaminated is overwhelming. And he has photos from both plants—incriminating evidence indeed. (The photo on the left shows a dead rat and several roaches.)

Atlanta, GA: Steve Estep had just finished an unexpected filing when LawyersandSettlements contacted him in his Atlanta office. "Fortunately, we have electronic filing these days," he said. "I don't think I'd be able to keep up without it." From his description of his practice, it's hard to disagree!
Read [ Attorney Steve Estep On Sports, Entertainment, and Securities Litigation ]