Denver, CO: An ERISA lawsuit that had its beginnings in 2016 has been granted class action status in a certification that could benefit tens of thousands of class members. At issue are allegations that fiduciaries acting on behalf of defendant Oracle Corp. failed to uphold their fiduciary duties by investing in funds and other investments that failed to maintain the best interests of 401(k) Plan members and other investors, at heart.
Read [ Plaintiffs Litigating ERISA Lawsuit v. Oracle Corp. Achieve Class Action Status ]

Denver, CO: An ERISA lawsuit was filed at the end of November in Colorado alleging mismanagement of a stock fund that resulted in losses for the defined contribution plan participants.
Read [ Plaintiffs in Class Action ERISA Lawsuit Allege Breach of Fiduciary Duties ]

Denver, CO: Anyone in need of, or thinking about filing a Colorado Denied Workers Comp Claim would be wise to remain conversant with applicable laws, requirements and updates to statutes in concert with an attorney to ensure you haven’t inadvertently hamstrung your claim by missing a deadline, or dropping the ball on various requirements. Provided you sought the advice and expertise of a qualified attorney for guidance early in the process, a denied claim has a good chance of being reversed considering you had all your ducks in a row.
Read [ Handy Guidance for Colorado Workers’ Compensation ]

The Odds Are Stacking Up Against Burn Pit Victims

Washington, DC: The dismissal of burn pit exposure class action lawsuits against a military contractor at the state level – and the forthcoming appeal – will provide little solace to veterans sickened by the fumes and chemicals originating from military burn pits. This is especially true when one considers the thrust of an amicus curiae brief filed with the US Court of Appeals for the Fourth Circuit.
Read [ The Odds Are Stacking Up Against Burn Pit Victims ]

Denver, CO: Law firms across the US are taking a serious interest in a recent investigative piece of journalism by STAT news published on June 5, 2017 which revealed, “The Food and Drug Administration has received reports on 1,128 people who died after taking Actemra, and has reviewed its safety several times since it was approved. But the agency doesn’t have sophisticated tools to determine whether the drug was a culprit or a bystander in those deaths.”
Read [ Law Firms Watching Actemra Story ]

Denver, CO: We’re just beyond the second anniversary of the release, and publication of a study in August, 2015 that placed a particular focus on IVC filters manufactured by Cook Medical, and their Cook Celect IVC filter line. It should be noted that inferior vena cava filters made by other manufacturers have been similarly problematic and have suffered failures not unlike those of Cook Celect filters.
Read [ Revisiting Study Finding Higher Perforation Rates for Cook Celect IVC Filter ]

Denver, CO: Many state legislatures in the US spent the first quarter considering reform proposals that increased coverage for first responders who suffer mental stress injuries, according to Business Insurance.
Read [ State Legislatures on Track to Reform Workers' Compensation for First Responders ] 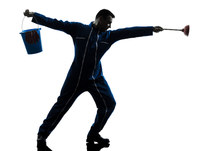 Denver, CO: The issue has been reverberating through the courts for some time, but now a Colorado employment law complaint is one step closer to resolution with news that a preliminary approval has been granted for a proposed settlement valued at $1.65 million. The defendant is CorePower Yoga, a franchise with headquarters in Colorado.
Read [ Yoga Enterprise Headquartered in Colorado Facing Lawsuit, Tentative Settlement ]

The IVC Filter: Longer is not Always Better

Washington, DC: It remains a truism that for certain things in life, the longer you stick at something the better off you are, such as developing an exercise regimen or working to eradicate an unsavory habit, such as smoking. However with an IVC filter the opposite is true: longer is not always better.
Read [ The IVC Filter: Longer is not Always Better ]
Page: 1  2  3     Next»