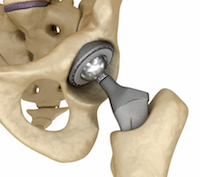 Palm Springs, CA: Robert’s hip replacement has served him well for many years, even though the metal-on-metal device was recalled by DePuy. Just recently, however, his cobalt levels have skyrocketed. “My husband is having cognitive issues, which seems to indicate cobalt poisoning,” says Trudy. “In January, DePuy said they would pay for surgery to have it removed but now they won’t cover it because my husband had the surgery in India. DePuy sells its devices worldwide, so what difference does it make?”
Read [ Hip Replacement and Cobalt Poisoning misdiagnosed as Alzheimer's ]