Congress has vetoed President Barack Obama, opening the door for the families of people killed in the 9/11 terror attacks to file state-sponsored terrorism lawsuits against Saudi Arabia. Although an inquiry has not turned up evidence Saudi Arabia was involved in the 9/11 terrorist attacks, Congress voted to allow the families of the victims of 9/11 to have their day in court. 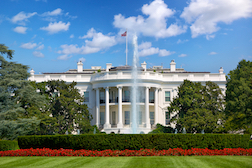 At issue was an act called the Justice Against Sponsors of Terrorism Act (JASTA), which was co-sponsored by Senator Chuck Schumer (D-New York), and allows the families of the victims of the 9/11 terrorist attacks to file a lawsuit against Saudi Arabia. Prior to JASTA, state-sponsored terrorism lawsuits were allowed against Iran, Syria, and Sudan. Countries could be added to the list only after officials conducted a thorough review. JASTA allows lawsuits against any country that a citizen of the US claims has financed or otherwise assisted in a terrorist attack on US soil. It also prevents countries accused of terrorism from invoking "sovereign immunity" to avoid liability.

The government of Saudi Arabia has denied any participation or role in 9/11, and the 9/11 Commission also did not find evidence that the Saudi government played a part in the attacks.

In September, the House voted to pass JASTA. President Obama, however, vetoed the legislation arguing that while it was well intended it could have political ramifications for the US far beyond allowing lawsuits against Saudi Arabia, including hurting international relations with other countries and opening the US to lawsuits from citizens of other countries.

More STATE SPONSORED TERRORISM News
According to CNN Money (9/28/16), the House and Senate votes were overwhelming with members from both the Democratic and Republican parties voting against President Obama. The Senate voted to veto President Obama 97-1 and later the House voted 348-77 to override the president. Those who supported the bill said it was more important to give the families of 9/11 victims the opportunity to be heard in court than to protect international relations.

The New York Times (9/28/16) said some senators who had voted to veto President Obama later signed a letter indicating they had concerns about JASTA.

On October 1, 2016, a lawsuit was filed by the widow of a man who died in the 9/11 attacks. CNN (10/1/16) reports Navy Cmdr. Patrick Dunn was at the Pentagon on September 11, 2001, and was killed in the attacks. His widow, Stephanie DeSimone, has filed a lawsuit against Saudi Arabia, alleging the kingdom provided support to al Qaeda for more than 10 years and knew about the 9/11 plan.

Posted by
Kevin Barrett
on October 17, 2016
The main foreign state sponsor of 9/11 was Israel, not Saudi Arabia, as explained in Christopher Bollyn's book "Solving 9/11" (which can be read free on-line at his web site).

Are there any American lawyers and/or clients with the guts to sue the real perpetrators of 9/11? Or are we doomed to live under permanent Israeli occupation?