Victims of state-sponsored terrorism have begun to receive compensation under the United States Victims of State Sponsored Terrorism Act (USVSSTA), with payments flowing as of March of this year. While that’s good news for victims and their families harmed by such acts of terror, lawsuits continue to be filed by plaintiffs alleging that the playing field, as it were, is far from level. 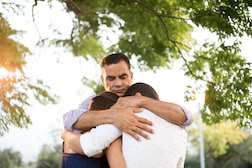 To that end more than 60 families impacted by the 9/11 disaster appeared in federal court in New York earlier this month to urge inclusion of non-traditional relationships in awards of restitution. The plaintiffs suggest that current rules observed by the Foreign Sovereign Immunities Act (FSIA) exclude fiancées, same-sex partners and step children.

Two groups of families identified as the Burnett and Hoglan plaintiffs, filed separate petitions with the Court, arguing that “functional equivalents” should not be excluded when considering qualification for compensation from injuries or harm stemming from the 9/11 attacks.

“The modern family fits no one pattern,” the Hoglan plaintiffs, who number 10 families, stated in their memorandum. “The days of the classical ‘nuclear family’ are gone. Any completely rigid analytical framework of the ‘functional equivalents’ issue would likely result in unjust denials of functional equivalent immediate family member claims. Rigid rules cannot accomplish complete justice in this area, and while perfect justice may not be achievable in any event, justice is the goal of the FSIA.”

The Burnett plaintiffs – who include 43 fiancés, 16 domestic partners and one stepchild – argued that the language of the FSIA contains “ambiguity regarding how to address claims by fiancés and domestic partners as the criteria appear to be potentially subjective.”

State-sponsored terrorism lawsuits have been consolidated in multi-district litigation, with current claims stemming from a win last year by victims of 9/11 by virtue of a default judgement against Iran, when that nation failed to respond to allegations that it played a sponsoring role in al-Qaida, the terrorist group known to have orchestrated the devastating attacks in three states on September 11, 2001. Nearly 3,000 innocent people were killed.

The Burnett plaintiffs noted that same-sex couples should not be penalized due to the fact that many states did not recognize same-sex unions at the time of the 9/11 attacks, but remained victims of the terrorism nonetheless.

More STATE SPONSORED TERRORISM News
Children, whose primary caregivers were not their biological parents but who nonetheless perished in the attacks, shouldn’t be excluded either.

“It would be difficult to differentiate between this claimant (whether a niece, nephew, or cousin) and a biological child notwithstanding whether or not the claimant was ever formally adopted by the decedent,” the memorandum states.

The government sponsored terrorism lawsuit is In Re: Terrorist Attacks on September 11, 2001, Case No. 1:03-md-01570-GBD-SN, in the US District Court for the Southern District of New York.

Meanwhile the US victims of state sponsored terrorism act fund has doled out more than $1 Billion in payments to eligible claimants as of May 5 of this year. Another round of payments is to be approved and issued in 2019.

Click to learn more about LawyersandSettlements.com
LawyersandSettlements.com is an online news and information site for the general public and legal community. As a legal news resource, we have emerged as an independent & trusted voice. We provide detailed and quality information on various lawsuits filed including Civil & Human Rights Cases, Financial Cases, and Personal Injury Cases.