In a June 27, 2007 press release that made headlines all over the world the US Centers for Disease Control announced that birth defects associated with the use of antidepressants by pregnant women are rare. As proof for this claim, the CDC cited two new studies published in the New England Journal of Medicine.

Over the following 2 weeks hundreds of stories magically appeared in newspapers with headlines splashed all over the internet and "medical experts" appeared live on all the major television networks to tout the new studies as major health "news" in a well-coordinated media blitz clearly aimed at promoting the sale of selective serotonin reuptake inhibitor antidepressants (SSRIs) to pregnant women. 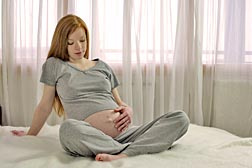 The antidepressants included in the NEJM studies included Paxil by GlaxoSmithKline, Zoloft marketed by Pfizer; Prozac sold by Eli Lilly; Celexa and Lexapro by Forest Laboratories, Effexor marketed by Wyeth, Luvox by Solvay, and the generic makers of these drugs include Barr Pharmaceuticals, Ranbaxy Labs and Genpharm.

The public needs to know that the CDC study was funded in part by GlaxoSmithKline, the maker of Paxil, which carries the strongest FDA warnings about birth defects developing in infants exposed to the drug in the womb.

Experts point out that the hundreds of headlines failed to disclose the best kept secret about SSRIs - that the drugs do not work. "When tested in head-to-head competition it would take more space than a newspaper article will permit to explain how hard the researchers have to "work" to "prove" that these antidepressants work at all," says SSRI expert, Dr Grace Jackson, author of "Rethinking Psychiatric Drugs: A Guide for Informed Consent."

A fact also not mentioned in the headlines is that the studies were limited to women who took the drugs during the first trimester of pregnancy and the research consisted of mostly phone conversations that took place years ago with women who relied on their own memories without reviewing any medical records or actual pharmacy prescription data.

Most importantly, experts say, the researchers diluted the FDA warning about studies that found babies exposed to SSRIs after the 20th week of pregnancy, have a 6-fold increased risk of developing persistent pulmonary hypertension, a life-threatening lung disorder.

On July 19, 2006, the agency issued a Public Health Advisory and said, "the FDA has asked the sponsors of all SSRIs to change prescribing information to describe the potential risk for PPHN."

The Advisory warned that: "Babies born with PPHN have abnormal blood flow through the heart and lungs and do not get enough oxygen to their bodies" and "Babies with PPHN can be very sick and may die."

On October 16, 2006, the first PPHN related lawsuit was filed against Glaxo on behalf of the family of an infant born with the disorder after exposure to Paxil in the womb, by Attorney Karen Barth Menzies, a partner in the Baum Hedlund law firm and the leader of the firm's Antidepressant Litigation Department.

According to Ms Menzies, "FDA regulations require Glaxo to issue stronger warnings whenever there is reasonable evidence of an association between a serious risk and Paxil."

She points out that research indicated the risk of PPHN in a study published more than 10 years ago on October 3, 1996, in the New England Journal of Medicine, lead by Dr Christina Chambers of the Department of Pediatrics at the University of California-San Diego.

"FDA regulations specifically state that a causal link need not be proven and allow Glaxo to issue a new warning without prior FDA approval," Ms Menzies notes.

She reports that infants born with PPHN often require mechanical assistance to breath but 10% to 20% of infants do not survive even when they receive treatment.

The headlines about the NEJM studies in the media were also misleading because the researchers did find that Zoloft and Paxil were associated with "significant increases" in specific birth defects, and stated the "current study suggests that specific SSRIs may increase the risk of specific birth defects, and further studies will need sufficient power to pursue these important clinical questions."

Heart birth defects in infants exposed to Paxil were found to occur 3 times more often and heart defects were 2 times higher in newborns exposed to Zoloft. The CDC researchers reported that by using an "embryologically based classification" of heart defects, "we found a doubling of the risk of septal defects" associated with Zoloft use, and "a tripling of the risk of right ventricular outflow tract obstruction defects" associated with Paxil.

The studies also found a nearly 6-fold rise in the risk of clubfoot in children of women who used Paxil and reported other birth defects including (1) anencephaly, (2) craniosynostosis; and (3) omphalocele.

Anencephaly, a neural tube defect where much of the brain does not develop, was found to be 2.4 times higher, and omphalocele, a condition in which the infant's intestine or other abdominal organs protrude from the navel was 2.8 times more prevalent overall and 6.4 times higher with Paxil.

Craniosynostosis, an abnormality in which connections of the skull bones close prematurely, was found to be 2.5 times greater, and the neural tube defect, spina bifida, a condition where the spinal column does not completely close in the first month of pregnancy, was also noted.

Experts warn that far more infants will be born with birth defects in the coming years as a result of tens of thousands of infants being exposed to SSRIs in the womb every year.

In addition to birth defects, many other serious adverse events have been found to be associated with SSRIs over the past decade. Studies have shown the drugs to be linked to suicidality, violent and homicidal behavior, abnormal gastrointestinal and uterine bleeding, fertility problems, sexual dysfunction, a decrease in bone density, and a severe withdrawal syndrome in patients and infants born to mothers taking the drugs.

The risk associated with depression in pregnancy is suicidality. But one of the world's leading authorities on SSRIs, Dr Peter Breggin, reports that SSRIs are known to increase the risks of suicide. "In fact," he says, "the new FDA labels for antidepressants specifically warn about SSRI-induced suicidality in youth and in young adults, the very group most likely to become pregnant."

As a direct result of the industry's control over the mainstream media, the public is never properly warned about serious risks found to be associated with a drug because if the story gets told at all, it will only be in the news for a day or two, and then "medical experts" will suddenly show up on "news" programs for 2 or 3 days in a row to present what amounts to an infomercial to discount the risks reported in the study.

The industry's control of the media began back in the late 1990s when the ban on direct-to-consumer advertising was lifted. Since then, the industry has invested so much money in advertising that all the media companies in the US are now dependent on drug money.

Due to this control, the industry paid shills are now dispatched on a regular basis to disseminate false information about the risks and benefits of a drug using the public airwaves even when an advertisement that contained the same bogus information would result in the sanction of a drug company for presenting false and misleading information to the public.

Drug companies basically bribe the medial journals to print their studies because the editors know the company will purchase thousands of copies for distribution to prescribing doctors, with full knowledge that most doctors will never read the whole study, but will remember the misleading headline because it was published in the "reputable" medical journal.

And Big Pharma funnels money to researchers in a variety of ways. Dr Marcia Angell, a nationally recognized authority on medical ethics and a former editor of the New England Journal of Medicine, had this to say in a the NEJM in 2000, about the financial ties between the industry and researchers:

"The ties between clinical researchers and industry include not only grant supports, but also a host of other financial arrangements.

"Researchers also serve as consultants to companies whose products they are studying, join advisory boards and speakers bureaus, enter into patent and royalty arrangements, agree to be the listed authors of articles ghostwritten by interested companies, promote drugs and devices at company sponsored symposiums, and allow themselves to be plied with expensive gifts and trips to luxurious settings"

After a rigged study is planted in a medical journal, the next step in the marketing scam is to provide a favorable report on the findings, also ghost-written by the drug maker or a PR firm, in a press release that is sent out to all the major news outlets which guarantees that headlines about the results will appear all over the world.

From there, the company uses the media to plant feature stories to reinforce the headline of the press release and in many cases, the news articles will quote the information verbatim from the drug maker's press release.

In the final act, the media provides the company with a platform for the "medical experts" to reach consumers to tout the new study on all the major networks in "news" segments which in turn sends patients running to their doctors with news of the miraculous new findings and demanding a prescription for the drug.

More News
In the book, "Trust Us We're Experts," by Sheldon Rampton and John Stauber, the authors document the many techniques used by PR firms hired to pump out propaganda through the press and refer to the mainstream media as the "disinfotainment industry."

They report that the psychiatric manipulation industry is enormous and pays out about $10 billion a year to propaganda experts and that about 40% of all stories in the media are planted by PR firms.

Because most news stories on radio and TV are nothing more than a rehashing of stories published in newspapers, the book notes, the news Americans receive every day amounts to nothing but propaganda.

The success of the media backed campaign to sell SSRIs to pregnant women by discounting the years of studies showing serious harm to the fetus is clear evidence that "disinfotainment industry" is still paying high dividends to all shareholders in the US.

If you took any SSRI antidepressant medication during pregnancy and your baby suffered any type of birth defect, please contact a lawyer involved in a possible [SSRI Birth Defects Lawsuit] who will review your case at no cost or obligation.
Request Legal Help Now