Time, it seems, teaches. Witness some of the ads from a bygone era, which suggested once upon a time it was never too early to expose your toddler to cola, according to the Soda Pop Board of America. Or that more doctors smoked Camels than any other cigarette. There was a time, too, when SSRI antidepressants were considered safe and effective for patients without much concern for their unborn infants. Given the emergence of SSRI birth defects, that thinking—like cola and Camels—is changing. 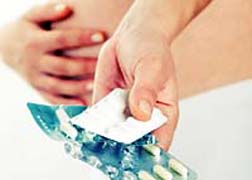 Such is the message delivered by the October 1 issue of the Harvard Mental Health Letter (HMHL), which makes the observation that autism spectrum disorders (ASDs) were once thought as emerging most from genetic rather than environmental factors, until a recent large population study on twins debunked that thinking.

Among the environmental factors identified are a lack of folic acid early in pregnancy—and the use of SSRI (selective serotonin reuptake inhibitor) antidepressants, which can lead to various SSRI side effects.

One of them is PPHN, which is the acronym for persistent pulmonary hypertension of the newborn. The latter is a condition—diagnosed soon after birth—that restricts blood flow to the lungs, resulting in low oxygenation of the blood. This, in turn, stresses various internal organs due to the reduced levels of oxygen in the blood.

Various studies have suggested that women who have ingested SSRI antidepressants in the third trimester are six times more likely to deliver babies susceptible to PPHN, than expectant mothers who did not take the drugs (at least in their third trimester).

On the ASD front, the HMHL referenced one study undertaken by Kaiser Permanente to assess the risk to infants as the result of their mothers using SSRI antidepressants prior to or during pregnancy. Given the marked increase in SSRI use by pregnant women over the years (one to six percent in the mid 1990s v. seven to 13 percent today), such a study made sense.

In a case-control study, researchers determined that women who used SSRIs at any time during the 12 months prior to delivering their child (such a time frame would include the period prior to conception) were twice as likely to bear a child with an ASD than women who had not used an SSRI. What's more, the research found that women who used an SSRI during the first trimester presented the greatest risk, with nearly four times the likelihood of delivering a child with an ASD.

That said, the risk of such an SSRI birth defect is considered statistically significant nonetheless.

More SSRI News
The value and need for antidepressants (and the rise in popularity of the SSRI variety) cannot be discounted. Many cannot function without them. However, gone are the days when a medication can be prescribed and accepted blindly without a conscious and determined effort to note the SSRI side effects, and whether or not those adverse reactions in infants could lead to life-long issues.

As long as the potential for SSRI birth defects is present, doctors and their patients—especially expectant mothers or women who are contemplating having a child—must weigh the issues carefully and strike a fine balance that takes into account the health and well-being of both mother, and child.

It isn't easy. Nothing is. And certainly, not as easy as the so-called good old days when we were lobbied to feed cola to our tots, eat fatty foods with abandon and for a visibly pregnant woman to share a cigarette with her favorite doctor in the comfort of the examination room.

Times have changed. And on behalf of infants who might otherwise suffer from SSRI birth defects, we must remain vigilant.