A new study into SSRI birth defects suggests a potential link between SSRIs and autism. The study suggests that SSRI side effects in infants exposed to the medications prior to birth could include a risk of autism or of autism-like behaviors. 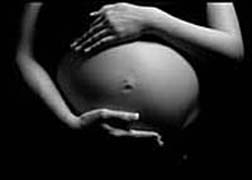 The study appears online in the journal Proceedings of the National Academy of Sciences (10/24/11) and is cited by PsychCentral (10/26/11). According to researchers, young rats that were given selective serotonin reuptake inhibitors (SSRIs) exhibited brain abnormalities and behaviors that are commonly associated with autism spectrum disorder. That led researchers to conclude that an expectant mother's use of the antidepressants could result in a diagnosis of autism in children exposed to SSRIs prior to birth.

Researchers were quick to point out, however, that expectant mothers should not simply discontinue their medications, as having untreated depression could also pose a risk to an unborn child. Instead, researchers said more studies should be conducted to confirm the current findings.

Young rats in the study were given citalopram (sold under the brand name Celexa) during stages of brain development and compared to rats not given the antidepressant. Those that were exposed to the antidepressant showed less interest in play, poorer social behavior and abnormal responses to environmental changes, behaviors that are associated with autism spectrum disorder.

"We saw behaviors in the treated rats and neurological problems that indicate their brains are not properly conducting and processing information," said Dr. Rick C.S. Lin, professor of neurobiology and anatomical sciences at UMMC and principal investigator on the study.

In addition to behavioral similarities with autism spectrum disorder, the rats were shown to have brain abnormalities, including abnormal progress in the auditory cortex, a thinner corpus callosum and missing myelin sheathing on the rats' nerve fibers.

The study was conducted using only citalopram—one of the drugs in the SSRI class—so it is not clear how these results extend to other SSRI medications. Because all SSRI medications affect serotonin levels, it is thought that SSRI medications in general would likely generate similar findings.

More SSRI News
Furthermore, the study appears to confirm findings published in July in the Archives of General Psychiatry, which found that mothers who took SSRIs in the 12 months prior to giving birth had approximately double the risk of having a baby diagnosed with autism than mothers who did not take the antidepressants.

Meanwhile, a study published in the Archives of General Psychiatry (11/11/11), suggests that prenatal exposure to SSRI medications is linked to an increased risk of autism spectrum disorder. Researchers wrote, "Although the number of children exposed prenatally to selective serotonin reuptake inhibitors was low, results suggest that exposure, especially during the first trimester, may modestly increase the risk of ASD [autism spectrum disorder]."