If Zoloft Is Proven Ineffective, Then Zoloft Birth Defects All the More Tragic

If allegations prove true that SSRI antidepressant Zoloft is of little value for the treatment of depression over and above a sugar pill, then the tragedy of SSRI birth defects takes on added significance. A class-action lawsuit attacking the effectiveness and efficacy of Zoloft appears to suggest that benefits to the intended patients are far less than a basket of SSRI side effects, some of which can carry dire consequences. 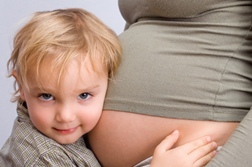 Zoloft, approved by the US Food and Drug Administration (FDA) and a major source of revenue for pharmaceutical giant Pfizer since 1991, is in a class of antidepressants known as selective serotonin reuptake inhibitors (SSRI). As a class, they have been touted as being more effective at treating depression than their various predecessors.

However, the Zoloft consumer fraud class-action lawsuit recently filed in the United States District Court for the Northern District of California, San Jose Division (case No. 13-CV-00414-PSG), alleges that Zoloft is not much more effective than a simple placebo (sugar pill), and that defendant Pfizer went to great lengths to minimize negative or failed drug trials and expand any positive outcomes, however insignificant, on the way to building a sizable market for a product that allegedly carries few benefits.

“In promoting the drug, they did not adequately represent all the facts,” says New Orleans attorney Chris Coffin from Pendley, Baudin & Coffin, in an interview with LawyersandSettlements.com researcher and writer Brenda Craig, and posted on LawyersandSettlements.com March 17. “Pfizer has not given the full picture of the drug to consumers or to healthcare providers.” Pendley, Baudin & Coffin is one of two law firms representing the class.

Lead plaintiff Laura A. Plumlee alleges in her 50-page complaint that she was prescribed Zoloft for depression beginning in 2005. However, when Zoloft proved ineffective at relieving the symptoms of her depression, her dosage was repeatedly increased. Such an increase, it is assumed, would also increase the propensity for SSRI side effects while, allegedly, having little impact on her depression.

According to Craig, as part of the original approval process for Zoloft, Pfizer produced two studies that demonstrated, according to Pfizer, “a statistically significant effect” for patients suffering from depression. The FDA, however, was concerned about the presence of other studies that showed only marginal benefit - and in some efficacy studies, according to the lawsuit, Zoloft was actually outperformed by the placebo.

Nonetheless, Zoloft was issued an FDA approval in 1991 and Pfizer launched an intense campaign to market the new drug to the consumer as the best response to depression. Until the patent for Zoloft expired on 2007, sales of the selective serotonin reuptake inhibitor reached $3 billion annually, with total sales of Zoloft in excess of $30 billion for Pfizer since Zoloft was approved in 1991. Since 2007, Zoloft continues to generate sales of $500 million dollars each year due to Pfizer’s continued claims, or so it is alleged, that Zoloft is far more effective for treating depression than it really is.

The Tragic Fallout: The Potential for Zoloft Birth Defects

More SSRI BIRTH DEFECTS News
Meanwhile, Zoloft side effects can be serious for a pregnant woman and her unborn child, given various studies linking antidepressants such as Zoloft to SSRI birth defects. PPHN, or Persistent Pulmonary Hypertension of the Newborn, is one of the side effects linked to drugs such as Zoloft.

According to PRWeb Newswire (2/12/13), at least 250 Zoloft birth defect lawsuits have been consolidated in the multidistrict litigation (MDL 2342) In Re: Zoloft (Sertraline Hydrochloride) Products Liability Litigation in the United States District Court for the Eastern District of Pennsylvania. About 70 additional Zoloft Birth Defects lawsuits have been filed in state courts in Illinois, Missouri, New York, Pennsylvania and West Virginia, bringing the total to more than 320 lawsuits filed after would-be plaintiffs contacted an SSRI lawyer.

According to a recent pre-trial order, the first trial for a Zoloft SSRI lawsuit will be heard in September 2014.

Posted by
Anonymous
on April 6, 2013
I was prescribed this for "social anxiety disorder" and it was probably the worst drug experience of my life. The first thing that happened was my blood pressure shot up to 200/110, a "rare" side effect. It didn't matter though, because I had no anxiety about this development, thanks to the drug. I had no other emotions, either, except for laughing at not-too-funny things on the internet. I had a frightening realization under the influence of this poison: I completely understand how someone on this stuff could shoot up a school. You could condition an army, using this drug, into a bunch of remorseless killers. Everyone MUST read this website: ssristories.com/index.html . These drugs are frightening. They erase anxiety about everything. Also, the doctor never told me about the fact that you must take these drugs for the rest of your life. I only took 50mg, but the withdrawal symptoms lasted four days. This experience was a nightmare, worse than any "street" drug. My only conclusion is that some people just shouldn't get into social situations. There is nothing wrong with being a "loner." I guess that's me.