When mothers took SSRIs during pregnancy, "The babies couldn't be consoled, they didn't sleep well, cried a lot, were difficult to feed and had tremors," explains Dr. Gideon Koren, Director and Professor of Motherisk, a program at The Hospital for Sick Children in Toronto dedicated to antenatal drug, chemical, and disease risk counselling. Some SSRIs have also been linked to birth defects.

Dr. Koren says this large clinic he founded in 1985 was the first to expose the effects of antidepressants on newborns. One of the key findings in their 2002 study published in the Archives of Pediatrics & Adolescents Medicine pointed out that babies born to women who took SSRI antidepressants showed withdrawal symptoms similar to an adult stopping medication cold turkey.

Selective serotonin reuptake inhibitors (SSRI) are the most widely prescribed antidepressants. They are more commonly known as Prozac marketed by Eli Lilly, Paxil by GlaxoSmithKline, Zoloft from Pfizer and Celexa from Forest Labs. SSRIs raise or restore serotonin levels and so relieve depression. 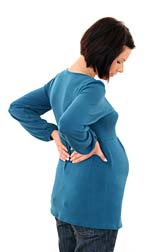 The effects of a newer class of antidepressant, SNRI (selective serotonin/norepinephrine reuptake inhibitor), was also examined and found by Dr. Koren's clinicians and researchers to be somewhat similar to Prozac. According to MedHelp website Mental Health expert Dr. Roger Gould, Associate Clinical Professor of Psychiatry at UCLA, the difference between the two medications is they work differently on the various chemicals in the brain thought to affect depression.

"SNRI's showed up in 10-30% of babies," Dr. Koren says, referring specifically to the brand Effexor. "Quite a few displayed breathing difficulties and some had to be put on respirators."

A June 2004 advisory by the FDA warned that infants exposed to antidepressants in the womb can develop problems needing prolonged hospitalizations, pulmonary support and tube feeding. The warning made little dent in the dispensing of SSRI's. A full year later at least 80,000 women in the U.S were prescribed SSRIs, according to a new study by researchers at the University of Pittsburgh. In June 2006, the FDA followed up with another public warning specifying that babies exposed to the antidepressants were six times more likely than those unexposed to develop the life-threatening persistent pulmonary hypertension (PPHN). Because of a lack of oxygenation resulting from constricted blood vessels in the lungs, the affected newborns often require sedations and paralysis, with potential lifelong problems including difficult breathing, seizures, developmental disorders, and loss of hearing.

Dr. Michael K. Georgieff, Professor of Pediatrics and Child Development at the University of Minnesota School of Medicine comments, "We have indeed had babies in our Newborn Intensive Care Unit that have required ventilatory (respirator) support and have been poor feeders initially after exposure to certain SSRI's during pregnancy."

More News
"The acute effects appear to be short-lived," Dr. Koren has observed, "if the exposure was limited to the pregnancy period. All of the symptoms went away. Typically, all of the kids receive sedation, as would an adult quitting a medication cold turkey. The administration of Phenobarbital, in this case, has shown no further consequences and has been used on babies safely for 70 years. All the same, babies should be watched. There is some suspicion that the use of SSRI's form congenital abnormalities even though the most recent research has shown this not to be the case."

Studies continue to weigh in for and against the prescribing of antidepressants in pregnant women. Dr. Koren, whose Motherisk clinic counsels 200 women each day, advocates firstly for the treatment of depressive women. "It is very important if the mother has clinical depression that she is treated. This is the view of all psychiatrists treating depressive women. The consequence could be more complications in pregnancy. The worst predictor of post-partum depression is depression in late pregnancy."

If your child or someone you know has suffered birth defects from SSRIs, please contact a SSRI lawyer involved in a possible [SSRI lawsuit] to review your case at no cost or obligation.
Request Legal Help Now