Although there is no direct reference to Chantix, the smoking cessation drug that has been the center of much recent concern regarding suicidal thoughts, the US Food and Drug Administration (FDA) has just announced a policy that requires drug manufacturers to study the potential for suicidal tendencies during clinical trials.

In the past, it has not been a requirement. However, over the past four years, during which time it has been revealed or at the very least suspected that antidepressants had the capacity to cause some children and teens to become suicidal, the FDA has been slowly, and internally watching the lumbering elephant.

According to a published report in the New York Times this morning, top officials with the FDA discounted the initial concern four years ago, but did authorize a team of researchers from Columbia University to reassess documentation from clinical trials. Their findings appeared to support the concern over the potential for suicidal tendencies as genuine. 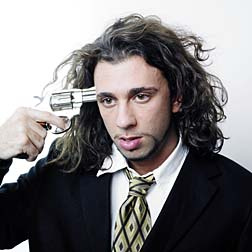 A subsequent application for the obesity drug rimonabant by French drug maker Sanofi-Aventis contained a risk for psychiatric complications, as well.

Coupled with recent findings that negative, and less-flattering results of clinical trials for antidepressants are rarely, if ever published, the FDA has finally seen the writing on the wall and is now beginning to act. It has been reported that Eli Lilly, Merck and Sanofi-Aventis are already using detailed suicide assessment in clinical trials, and in recent months the FDA has reportedly sent letters to a host of other drug manufacturers mandating adherence to a similar protocol.

In the case of rimonabant, analysis protocol devised by Dr. Kelly Posner of Columbia University found that rimonabant doubled the risks of suicidal symptoms. The FDA subsequently voted in June to reject the drug due to psychological effects, even though the drug is currently marketed in Europe. Sanofi-Aventis withdrew the application for US approval.

Drugs such as Zyprexa have long been under suspicion for suicidal thoughts. More recently Chantix, the anti-smoking drug that targets receptors in the brain that respond to nicotine, has been linked to suicide. A popular television producer from the UK took his own life while attempting to quit smoking with Champix, the British equivalent of the smoking cessation drug marketed in the US. In another case, a promising young musician and a man described as gentle by his friends turned suddenly aggressive, assaulted his girlfriend and forced his way into a neighbor's home before being tragically shot dead by the startled occupants. The FDA has since received thousands of complaints about Chantix.

However, while a drug such as Chantix targets the brain directly, there are other drugs that do not—but nevertheless inject chemicals into the body that can affect the brain through a back door, if you will.

More News
Drugs used to treat acne, hypertension, high cholesterol, swelling, heartburn, pain, bacterial infections and insomnia can all serve as a catalyst for psychiatric problems, effects that were all-too-often discovered after the drugs were approved and used in millions of patients.

Industry watchdogs suggest this new stance by the FDA is long overdue.

"One lesson from pharmacology is that you can see effects on emotion and cognition without the drug entering the brain if a drug leads to peripheral changes in" other chemicals that enter the brain, said Dr. Thomas R. Insel, director of the National Institute of Mental Health, in a statement appearing in the New York Times this morning.

This is considered the first significant policy change undertaken by the FDA in more than 15 years.

If you have had increased suicidal tendencies while taking an SSRI, please contact a lawyer involved in a possible [SSRI Antidepressants Lawsuit] to review your case at no cost or obligation.
Request Legal Help Now