A Hero's Widow Is Forced to Wait for Benefits

A common problem with social security disability is the delay many Americans encounter in obtaining their SSDI benefits after applying for them. It is such a problem that Congress included funds in last year's economic stimulus measure in an effort to process a backlog of claims. This year the Obama Administration seeks an additional $350 million to help funnel applications for Social Security benefits more quickly to those in need. 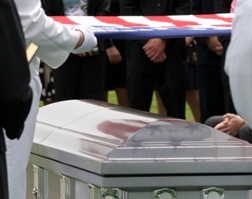 But it's not just SSDI claimants who are seething with wrath at the bureaucracy while their bills pile up. It happens in other sectors, too.

A compelling story has surfaced in New Mexico about an off-duty police officer who came to the aid of a young boy in distress while swimming during a church event. It was in August 2002 that the 12-year-old boy slipped below the surface of the upper Rio Grande. Kevin Schultz, an off-duty officer with the Pojoaque Pueblo police, came to the boy's aid.

The boy survived, but Schultz did not.

In the aftermath of the brave officer's death—a man who always carried his service revolver, his badge and his radio with him in the event his help was required in an emergency—there have been delays in acquiring workers' compensation benefits for his family.

A trio of doubters is standing in the way of those benefits, according to the Albuquerque Journal on 9/14/10. Pojoaque Police Chief John Garcia, Workers' Compensation Judge Helen Stirling and New Mexico Mutual Casualty Co. were not convinced that Schultz's lifesaving deed was "within the course and scope of his employment."

Yet Schultz received a number of honors, including the US Coast Guard's Silver Lifesaving Medal and the Medal of Valor from the Pojoaque Pueblo. Both awards cited Schultz's bravery beyond the call of duty.

"Your husband, Kevin Schultz, died in the line of duty," Pojoaque Governor George Rivera, then the lieutenant governor, wrote Cheryl Schultz in October 2003. "The Pueblo of Pojoaque will do anything necessary for you to receive survivor's benefits, workmen's compensation or any other benefits available to you and your grieving family."

And yet the police chief indicated that in his view Schultz's was not the result of a work-related injury—and a judge backed up that position in court, denying the claim in March 2008 and finding for New Mexico Mutual.

More SOCIAL SECURITY DISABILITY News
Cheryl Schultz appealed that ruling, but the notice of appeal was delayed in the mail and arrived two days after the stated deadline. The Court of Appeals dismissed the case.

In the summer, however, the state Supreme Court overturned the dismissal and remanded the Schultz case to the Court of Appeals, finding that the filing delay was not within the control of Schultz's widow.

While the case is back in play, it will likely be months before the matter will be heard. In the meantime, Cheryl Schultz is forced to exist on social security benefits, her SSI disability check from a previous back injury and financial aid for which she qualifies as a mature student attending the University of New Mexico. The amount Schultz is fighting for is $307,755. And even though her husband has now been dead eight long years, Schultz is still fighting for those benefits.