More SOCIAL SECURITY DISABILITY News
A poll conducted by the AARP to commemorate the 75th anniversary of Social Security revealed that 90 percent of Americans between the ages of 18 and 29 said they felt that the social program was important. 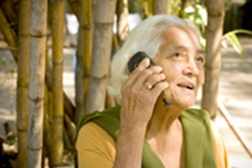 Unsurprisingly, Americans over 65 were nearly unanimous in their support for the program that was signed into law by President Franklin D. Roosevelt on August 14, 1935, but the poll revealed that young Americans support Social Security even though only a third of survey-takers expressed confidence in it.

"While younger Americans lack confidence in Social Security's future — not surprising given what they may be reading in newspapers and on blogs — they desperately want to believe that it will be there for them," Mary Liz Burns, an AARP spokeswoman, told the New York Times.

The support for the program was evident across a number of different categories, as well. Nearly half of young Americans agreed that Social Security is "one of the very most important government programs," a sentiment that nearly 80 percent of respondents older than 65 share.


The survey was conducted over the telephone and collected 1,200 responses.

If you or a loved one have suffered losses in this case, please click the link below and your complaint will be sent to a drugs & medical lawyer who may evaluate your Social Security Disability claim at no cost or obligation.
Request Legal Help Now