Hurry Up and Wait for SSDI Benefits

For anyone applying for Social Security Disability Insurance (SSDI) benefits, it's a game of "hurry up and wait"—a wait compounded by the economy and an aging population. 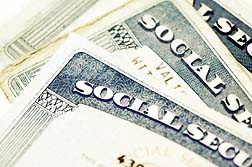 In Texas, about 50,000 people are currently waiting to hear back about their initial application, according to the Fort Worth Star-Telegram. That number doesn't include the 30,000 applicants who were turned down and are now waiting for their hearings.

Officials with Social Security Administration say that the numbers doubled in one year, an unprecedented growth that has more to do with the bad economy than with an aging population. Many Texans who become disabled or partially disabled find a way to keep working, delaying their application for SSDI benefits. Few laid-off workers with pre-existing disabilities could ever hope to be hired on by another employer. So, they turn to SSDI.

There is good news and bad news. The bad news is that probably two thirds of the 50,000 Texans who have applied for SSDI benefits will see their applications denied and will require a hearing. Thus begins a second round of waiting, which, if the national average is to be believed, will take 446 days.

The good news is that in Texas the average wait for a hearing is 288 days.

Advocates say it's still too long.

More SOCIAL SECURITY DISABILITY News
"Even when it's getting better, it's still too long for people to wait for an appeal," says Ethel Zelenske, director of government affairs for the National Organization of Social Security Claimants' Representatives. Many applicants wind up exhausting their savings and some are forced to sell their homes in an effort to survive. While the application process is improving thanks to online applications, the wait for precious benefits remains far too long.

However, there are alternatives. You can hire a good SSDI lawyer or an advocate who will go to bat for you in exchange for a percentage of the retroactive benefit, capped to a certain ceiling. The Star-Telegram tells the story of Ray Shuga, a disabled truck driver who waited two years for his first SSDI check. He might have been waiting longer had he not engaged the assistance of a professional advocate.

When Shuga finally received $32,000 in his first retroactive check from SSDI $5,300 of it went for his advocate's fee. But it was worth it, Shuga said.
READ ABOUT SOCIAL SECURITY DISABILITY LAWSUITS

Posted by
Melissa
on November 27, 2010
Its horrible that so many people are waiting like this. I've already lost everthing I own, my home, car, furniture literally everything. I have a friend thats allowed me to stay with him, but its unbearable, because he uses drugs and acholol. He frequently goes into rages and I sometimes fear for my life. I had a heart attach last year and a stoke this past June. The shear stress of living here is detrimental to my health. Without my SSDI I have nowhere to go and its likely I will die from a heart attack or stroke before I get anything. Its been more than a year since I applied. I was told a decision was made in June but it went to quality review. I was told Quality review takes 60 days. We are now in late November more than five months later still in Quality Review and still no decision, no status nothing . I call every week and am told that its still in Quality Review and someone will call me back. Noone ever returns calls. The one person here in Houston I spoke with was extremely rude. She asked for copies of all my bank statementsm which was odd since I've not been approved for anything. I sent here all my statements which I have bank accounts but I've not used them or had in money in them for years now.

I worked for more than 35 years and my average income was over $200k and my average tax paid was more than $90k per year for the last 15 years. I never received refunds of any kind, always paid my taxes and never depended on anyone or the government, but now that I'm didabled I can't even get $50 to eat, or housing. I'm livid that so many people out there are getting ssi that have never worked or paid taxes. So many are getting food stamps and medicare and medicaid. People that have never worked or paid taxes.

Noone deserves to be put through this, but I realize there are people out there that have lost everything and eventually die waiting on SSDI or SSI. For this to happen to people that have worked all their adult lives and be put through the agony and stress of waiting and not knowing during their final days is a moral crime. yet our government gets away with it. It saddens me that our society allow people to suffer such indinity. I pray for our soldiers that are giving their lives to protect this country, only to return home to a system that forces them to endure indiginity, suffering and lack while the VA, SSDI and SSI put them through the same long waits we endure. Absolutely noone deserves the pain and suffering