Any woman either contemplating or having recently discovered she is pregnant must always consider the safest route to take when medications are involved. To that end, the Mayo Clinic is a trusted resource for information pertaining to, for example, SNRI side effects.
Read [ Rolling the Dice on SNRI Side Effects ]

SNRI Birth Defects Can and Have Been Fatal

A study published in Birth Defects Research (Part A, 2012) that found statistically significant associations between the use of a widely prescribed SNRI antidepressant during early stages of pregnancy and SNRI birth defects would be no surprise to the parents of two infants who did not survive after their mothers continued taking Effexor while pregnant.
Read [ SNRI Birth Defects Can and Have Been Fatal ] 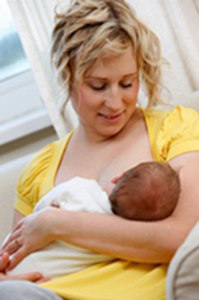 Citing a lack of information on the effects of SSRI and SNRI antidepressants on infants and newborns, a group of researchers is studying the possible risks of SNRI side effects through a mother’s milk. Researchers hope to add to what are so far conflicting findings on the risk of SSRI and SNRI use during pregnancy and postpartum.
Read [ New Study to Examine Risks of SNRI Birth Defects ]

A recently published study seems to confirm concerns that SNRI side effects could include a risk of SNRI birth defects. The study, which involved Effexor, a serotonin-norepinephrine reuptake inhibitor (SNRI), found statistically significant associations between the use of Effexor during early pregnancy and having a baby with a birth defect.
Read [ Study Suggests SNRI Effexor Linked to Birth Defects ]

Study Suggests Use of SSRIs During Pregnancy Puts Baby in Danger, Are SNRIs Included? 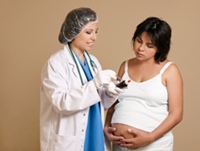 A new study suggests that the use of selective serotonin reuptake inhibitor (SSRI) medications during pregnancy could put the baby and mother at risk of serious complications. Because the study only examined SSRI medications, it is not clear if the results extend to serotonin-norepinephrine reuptake inhibitors and SNRI side effects. Because they are similar to SSRI medications, there is a possibility that SNRI antidepressants may have similar side effects to SSRI antidepressants.
Read [ Study Suggests Use of SSRIs During Pregnancy Puts Baby in Danger, Are SNRIs Included? ] 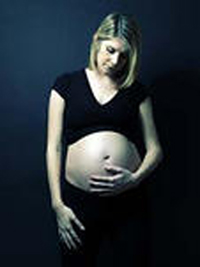 With a flurry of news about antidepressant side effects in the last month, women who are taking Pristiq antidepressant may be concerned about whether or not they are also at an increased risk of Pristiq side effects. The class of drugs that Pristiq belongs to, known as serotonin-norepinephrine reuptake inhibitors (SNRI medications), has been linked in some studies to certain health issues, but whether there is a risk of Pristiq birth defects remains to be seen.
Read [ Do Concerns about SNRI Side Effects Extend to Pristiq? ]