Plaintiffs injured by Smith & Nephew Birmingham Hip Resurfacing (BHR) and R3 hip replacement implant failure filed a petition on February 1 with the Judicial Panel on Multidistrict Litigation to consolidate all pending federal BHR and R3 cases in a single venue or courthouse. 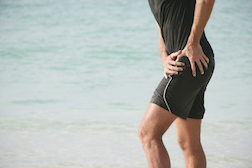 "The plaintiffs have requested a Maryland federal court as the court to consolidate and centralize the litigation under one judge," according to Attorney Shezad Malik, who represents several hip implant failure plaintiffs.

The federal judicial system uses multidistrict litigation as a mechanism to help manage complex lawsuits related to each other by transferring those cases to one federal judge for pre-trial discovery in advance of trial.

Smith & Nephew, a global medical technology company based in England, is facing hundreds of lawsuits over its BHR and R3 line of hip implant devices.

Hip implant devices are typically expected to last between 10 and 20 years but Taylor allegedly had to undergo revision surgery just eight years after receiving the hip implant due to hip pain and premature hip failure.

The FDA approved the BHR hip implant in May 2006, requiring Smith & Nephew to meet post-marketing surveillance and reporting requirements designed to ensure that in real-world use, the hip replacement system was safe and effective. However, Taylor's lawsuit alleges that the company failed to do so.

"Smith & Nephew knew for years about reports of complications with Birmingham hip resurfacing, including revision surgeries and failures, yet failed to adequately inform the doctors or patients," says Malik.

Posted by
Vickie Mann-Puckett
on February 16, 2017
I received a Smith & Nephew Birmingham hip replacement in Dec. 2011. I started having trouble, pain & ratcheting a year later. In 2015 I was diagnosed with Chromium poisoning which had destroyed a lot of my hip muscle. I had a hip revision in Aug. 2015 and another hip revision in Aug. 2016. I still have trouble walking and I am still have pain in my hip and back.

I had contacted lawyers who informed me that I could not file a claim against Smith & Nephew because of an FDA exemption.