Passengers Injured aboard Cruise Ships Have Limited Time to Sue

Hundreds of thousands of people from all over the world travel the globe aboard cruise ships. Every year, a handful of travelers suffer some kind of personal injury aboard those floating cities. 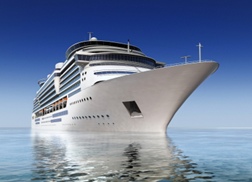 Attorney Spencer Aronfeld, from Aronfeld Trial Lawyers in Miami, has been litigating against cruise ships on behalf of injured passengers for 25 years. At the moment, Aronfeld says his firm has at least 100 cases filed in Federal Court in Miami against Disney, Carnival, Royal Caribbean, Norwegian, Holland America and lesser-known cruise lines.

Cruise lines could be made safer


“I think there is a lot the industry can do to make cruise ships safer,” says Aronfeld, from his office in Coral Gables, Florida.
“They could have better warning signs and better lighting for starters.

“They also have weird design features like extremely steep steps that are dark and made of slippery marble. These ships are designed and built in Europe, and in my opinion, aesthetics count more than safety to the industry,” he says.

Many, in fact most, of the cases Aronfeld has deals with involve “slip and fall” situations. “People fall on slippery gangways or decks, or wet stairways. They also sometimes are injured getting into tender boats (small boats that take people ashore).”

Most ships have a series of “raised thresholds” throughout the ship. Aronfeld has represented many people who tripped on these thresholds and suffered serious injuries.

“Take, for example, an elderly lady from Wichita, Kansas, who has never been on a ship before,” he says. “The ship is rolling back and forth and she tries to get from her bed to the bathroom and trips on the raised threshold in the doorway of the bathroom. She goes flying and falls into the sink or the toilet and is badly hurt.”

Aronfeld’s team just obtained an out-of-court, confidential settlement for a man who was sexually assaulted by another man aboard Italian cruise line MSC approximately two years ago. Aronfeld’s team argued the cruise line was negligent by “failing to provide reasonably safe conditions for the plaintiff while he was aboard the vessel” and “over-serving and/or carelessly providing alcohol to passengers.”

“People should never overestimate the security of a cruise ship,” says Aronfeld. “But they are on vacation, they are relaxed and they may have consumed some alcohol and they don’t realize these ships are like floating cities,” he says. “A lot of problems happen on board because of alcohol.

“People come from small places and have never been in a large metropolitan international city and that’s what a cruise ship is. They are in a place where people come from all kinds of backgrounds and walks of life, and they don’t do criminal background checks on passengers,” says Aronfeld. “So the passenger next door to you could be a convicted felon.”

More SLIP AND FALL News
“A lot of people and even a lot of personal injury lawyers don’t know that when you are suing a cruise line the statute says that you have one year to file from the date of the accident,” says Aronfeld. “These cases also have to be filed in Federal Court in Miami,” says Aronfeld. “We have had clients from all over the world - from Saudi Arabia, from India, Shanghai and Australia. They all have to come here to file their depositions and have medical exams, because they have to.

“And now that the word is getting out that you only have a year to file, cruise lines are including conditions on the tickets that say things like ‘you have to notify them in writing’ three months or six months after the accident that you intend to sue,” says Aronfeld.

“They just don’t make this easy. They’re a business and they don’t want to make it easy for people to sue,” says Aronfeld. “But I got their number.”


READ ABOUT SLIP AND FALL LAWSUITS