The Hidden Danger of Children's Motrin

Like millions of parents, attorney Brian Witzer occasionally gave his 8-year-old daughter a common pain medication for minor aches and fevers, but not anymore. "Children's Motrin is off limits in my family," says Witzer. It has been "off limits" in the Witzer household since his firm began investigating the link between a number of commonly used drugs, including Children's Motrin, and a terrifying and life threatening skin disorder called Stevens-Johnson Syndrome. In its extreme form it is called Toxic Epidermal Necrolysis—often referred to as SJS/TEN disorder. 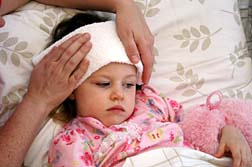 SJS/TEN typically starts out with a few days of aches and pains followed by inflamed mucous membranes and a red or purple painful rash. Eventually the skin blisters, dies and peels away. SJS/TEN patients often resemble burn victims, they live a life of misery, many go blind and even die.

According to medical literature from the Mayo Clinic, some SJS/TEN cases have no known cause. In other cases, the condition is related to herpes or other infectious processes. But in 85 percent of cases, SJS/TEN is caused by an allergic reaction that can be directly linked to a particular drug or combinations of drugs.

Both adults and children can be affected by SJS/TEN. Witzer's firm currently represents dozens of people whose lives have been injured by SJS/TEN; sadly many of them are children. "We have many cases, but the cases that are most horrific involve young children that have become blind or developed horrific skin disorders," says Witzer. "It is heart breaking when you come across these children and it is just shocking that just one or two doses of Motrin can alter their lives this way."

When parents learn just a small dose of a common over-the-counter medication is linked to their child's painful and disfiguring condition, they're stunned. Many doctors also find it hard to connect a child's initial symptoms with Children's Motrin. "Health care professionals, the emergency rooms or the hospitals that treat these children are unaware, or don't suspect that an over the counter drug could be the culprit," says Witzer. "That explains why sometimes, when these children get into a hospital or emergency room or a doctor's office, the first thing they often do is to give them more Motrin!"

Witzer is a top-flight attorney with a stellar litigation record in State Courts around the country. "This is a compelling story that parents need to be aware of," adds Witzer. Appalled by the facts around the marketing of Motrin and the hell that SJS/TEN inflicts upon children in particular, Witzer is focused like a laser on these cases and their connection to the pharmaceutical industry.

"This is especially true because parents trust pharmaceutical companies to make the safe products and adequately warn of any adverse reactions," Witzer says.

Witzer's firm has gathered a significant amount of evidence to show that Johnson and Johnson and McNeill Pharmaceuticals knew that Children's Motrin was linked to SJS/TEN. Although SJS normally appears no more than once per million people, SJS surfaced more frequently in the company pre-market clinical trials. "Their own research disclosed the presence of SJS in an 88,000 person study, known as the Boston Fever Study: there were two SJS cases which is significant and dramatically higher than what would otherwise be expected," says Witzer.

Although Johnson and Johnson and McNeill Pharmaceuticals eventually became aware through dozens of adverse event reports of at least 60 cases of SJS associated with the use of Children's Motrin, Witzer's firm believes the companies recklessly failed to warn the public. The Food and Drug Administration (FDA) finally ordered a warning to be placed on the product 3 years ago. "The FDA ordered them to put a warning on Children's Motrin in September 2005; unfortunately the warning only mentions rash, redness and blisters," says Witzer. "That warning is still not adequate to demonstrate the potential for SJS/TEN, blindness and/or death."

More STEVENS JOHNSON SYNDROME News
Witzer describes the SJS/TEN cases as 'intense'. Following the trail is complicated, but can be done using blood assay analysis. Witzer himself has studied volumes and volumes of information about SJS/TEN and the history of the drugs and the companies connected to the cases he handles. "This is a significant problem and I have never seen damages like this in my 35 plus years of practicing law on behalf of seriously injured people; these children are burned from head to toe."

In fact, Stevens Johnson Syndrome victims are treated in burn units for third degree burns or worse, often requiring skin grafts. "SJS injuries literally cause the body to burn from the inside out," says Witzer. "All this from potentially swallowing just one dose!"