Although there have been some huge victories for plaintiffs in Stevens Johnson syndrome lawsuits, 2016 saw a win for Johnson & Johnson, which was fighting a claim involving a young man who took his own life after developing Stevens Johnson syndrome (SJS). 2016 also saw the Supreme Court uphold a massive award for an SJS plaintiff, offering hope to other plaintiffs who allege they suffered debilitating side effects as a result of using certain medications. 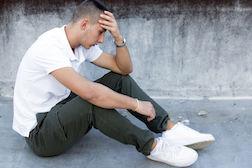 In March 2016, a US district judge granted summary judgment to Johnson & Johnson and McNeil PPC subsidiary in a lawsuit filed by Amy Batoh. Batoh filed the lawsuit after her son, Kyle Kimball, committed suicide at age 26. He did so approximately a year after developing Stevens Johnson syndrome, which was reportedly linked to Motrin he took to relieve his fever.

According to information contained in the judge's decision, on October 3, 2010, Kimball took a dose of Motrin because he had a fever, sore throat, and stuffy nose. The next morning, he awoke with pain, swelling, and blisters on his lips. He was rushed to the hospital, diagnosed with a viral infection, and discharged with a prescription. The next day his symptoms worsened and he was admitted to hospital, where he was diagnosed with SJS and toxic epidermal necroylsis (TEN). When he was released from hospital on October 15, 2010, Kimball suffered significant wounds and scarring, damage to his nervous system and various parts of his body, and severe pain.

On December 20, 2011, Kimball committed suicide after telling his brother and uncle that he could not live with the continued symptoms of his SJS. Batoh filed the lawsuit alleging her son would not have taken Motrin had he known the risk of SJS and TEN.

More STEVENS JOHNSON SYNDROME (SJS) News
US District Judge Michael Shea dismissed the lawsuit, however, finding there was not enough proof that Kimball had read warning labels on the medication. The judge also found Johnson & Johnson not liable for its warnings because the US Food and Drug Administration had previously rejected updates to drug labels warning about the risk of SJS.

Earlier this year, the US Supreme Court rejected Johnson & Johnson's application to appeal a $63 million award handed to Samantha Reckis and her family after the young girl developed TEN, which was allegedly caused by her use of Children's Motrin. A jury awarded $50 million to Reckis and $6.5 million to each of her parents, but with interest following all appeals, the award could wind up being closer to $140 million.

The dismissed lawsuit is Batoh v. McNeil-PPC Inc. et al., case number 3:14-cv-01462, in US District Court for the District of Connecticut.