Highlighting how little is still understood about Stevens Johnson Syndrome (SJS), officials in Nigeria issued an alert, warning patients to be careful of their medication use after reports of a Stevens Johnson Syndrome-related death. Africa News (5/14/16) reports that officials warned patients that SJS is often a reaction to medication or an infection. 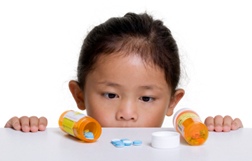 During a news conference, Professor Isaac Adewole, Minister of Health in Nigeria, urged Nigerians to remain calm, after one person died and another was hospitalized with suspected SJS. The second patient is reportedly responding to treatment.

Although SJS does not cause panic in the United States, it is a life-threatening condition that can cause serious, permanent injury in patients who survive. It is also frequently misdiagnosed by health professionals who do not recognize the symptoms of the disease, because SJS frequently mimics other conditions.

Patients with SJS might initially be diagnosed as having the flu or an infection when in fact they have experienced an allergic reaction to medication. Because of the misdiagnosis, they might even be prescribed further doses of the medication that caused the reaction in the first place. The misdiagnosis also delays the patient accessing treatment, increasing the changes the condition will grow even more serious.

Lawsuits have been filed against drug companies whose medications are allegedly linked to the development of SJS. Patients say that although the warning labels include vague language about allergic reactions, the lack of specific information - about what the allergic reaction might look like, for example - prevented them from taking action quickly enough when the disease started.

More STEVENS JOHNSON SYNDROME (SJS) News
One such lawsuit resulted in a $140 million award to the plaintiff, Samantha Reckis, who developed serious side effects after taking Children’s Motrin for fever and congestion. After being misdiagnosed with measles - for which she was prescribed more Children’s Motrin - Reckis was finally diagnosed with Toxic Epidermal Necrolysis, the more severe form of SJS. Although she survived, Reckis is blind. During her ordeal, she suffered heart and liver failure.

The jury in a lower court awarded $63 million, but Johnson & Johnson appealed repeatedly, until the Supreme Court refused to hear Johnson & Johnson’s case. With interest, the drugmaker could owe the Reckis family around $140 million. The Reckis lawsuit was filed in 2007.

A different lawsuit, filed by Brianna Maya, resulted in a $10 million award. In that case, the jury did not award punitive damages.