Multimillion-dollar settlements for illegal marketing of Seroquel and other drugs have made the pharmaceutical industry the Department of Justice's top source of fraud-related settlements, says an advocacy group. 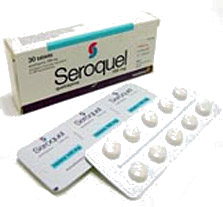 According to Taxpayers Against Fraud Education Fund, last year pharmaceutical companies handed out eight of the 10 largest settlements related to fraud, reports the Washington Post. The other two settlements came from an insurer and a hospital chain.

More SEROQUEL News
The largest fraud-related settlement came from Allergan Inc., which had to pay $600 million for promoting the anti-wrinkle drug Botox for unapproved uses.

Coming in second was AstraZeneca, which illegally promoted the use of the anti-psychotic drug Seroquel for uses that had not been approved by the US Food and Drug Administration. These unapproved treatments allegedly promoted by the drugmaker included using Seroquel to treat insomnia and a number of psychiatric conditions other than bi-polar disorder and schizophrenia.

Taxpayers Against Fraud Education Fund says that in the fiscal year ending on September 1, the government collected $3.1 billion from various companies under the False Claims Act, which permits federal authorities to obtain damages for claims made by private citizens.