A new study suggests an increased risk of blood clots can be added to the list of potential Seroquel side effects. The list of reported Seroquel side effects already includes a risk of Seroquel birth defects and Seroquel tardive dyskinesia. Researchers in the United Kingdom, however, conducted a study that found patients taking atypical antipsychotic medications could be at a higher risk of blood clots compared with patients not taking the medications. 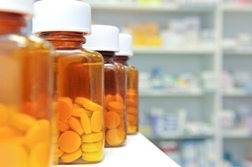 The study, which was published online in BMJ (09/22/10) found that patients who took antipsychotic medications had a 32 percent greater risk of venous thromboembolism (VTE). That risk was higher for patients new to the medications and patients taking atypical antipsychotics.

According to researchers, VTE is preventable, however approximately 25 percent of patients who develop VTE die within one week. Up to 33 percent of those who survive suffer long-term side effects. Prior to this study, research on the topic provided inconsistent findings.

Researchers analyzed data from patients between the ages of 16 and 100 who were diagnosed with VTE between January 1996 and July 2007. In total, 25,532 patients were included. Of those, 15,975 had deep vein thrombosis and 9,557 had pulmonary embolism. A control group of patients not diagnosed with VTE was also included in the study.

The study showed that of patients who were diagnosed with VTE, 8.3 percent were prescribed an antipsychotic medication during the 24 months before diagnosis, compared with 5.3 percent of those not diagnosed with VTE. Patients who received a new antipsychotic drug prescription within the past three months had a significantly increased risk of developing VTE compared with continuing users.

Although researchers concluded that the use of antipsychotics was associated with an increased risk of VTE, they could not determine why this happened and did not know why patients were prescribed the antipsychotic medication in the first place.