Securities fraud can occur when a major corporation is taken to the cleaners or when an individual finds herself at the receiving end of bad advice and cunning deception. Whether undertaken by a practicing stockbroker or an enterprising con man, stock fraud litigation is always a source for recourse for the victim. 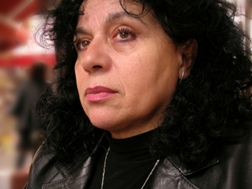 A Detroit man faces a 66-count indictment that includes dozens of felony charges for theft and securities fraud. His victim, a trusting woman of 55, is out for $276,000.

According to the News Journal of Wilmington on 08/18/10, the victim had previously fallen prey to an earlier imposter.

In 2005 a man named Darren Dobson convinced the woman to participate in a so-called joint trading venture that would return $10 million from her initial investment of $50,000 within months. The victim, who was not identified, sent $45,000 to a management company located in Florida.

When the promised return on her investment didn't materialize, the victim reached out to others whom she supposed had also lost money in the venture. One individual, Patrick A. Wiley, appeared to keep the scam going by informing the victim he possessed information about the principles involved and would pursue them.

More SECURITIES News
It is alleged that on 61 different occasions, Wiley solicited thousands of dollars at a time for purported trips to England in a stated effort to meet with the principles and their attorneys.

The fraud commended in October 2005 and amounted to more than a quarter of a million dollars. The victim never saw either her promised payout or the return of her original investment.