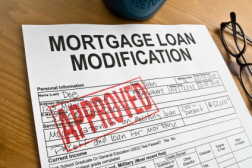 The Securities and Exchange Commission (SEC) filed a securities fraud action against Angelo R. Mozilo, former Countrywide Financial chief executive. Also named in the suit are Countrywide's former president and former chief financial officer. According to dealbook.blogs.nytimes.com on 8/25/10, all defendants have asked the court to dismiss the case.

The SEC alleges that Countrywide was marketed to investors as making high-quality loans that met the company's mortgage underwriting standards. In fact, there were allegedly an increasing number of loans made that involved making exceptions to Countrywide's standards, causing the quality of its mortgages to decrease.

The issue is whether Countrywide executives knew that the value of its mortgages was decreasing even while telling investors about the company's high standards. Complicating matters is the fact that Mozilo is alleged to have given special treatment to certain borrowers by allowing loans to members of Congress and their staffs, according to an Associated Press report.

Those mortgages reportedly violated Countrywide's lending standards and are now the subject of a congressional ethics inquiry. Those on the receiving end of the favorable loans are reported to be "politically powerful" and seen as being in a position to help Countrywide.

More SECURITIES News
An article published on 7/16/08 at portfolio.com alleges that one person who benefited from Mozilo's loans was Richard Aldrich, a California state appeals judge who requested a $1 million loan and a $900,000 line of credit, despite the credit line being out of guidelines. Mozilo reportedly told the loan officer to give the loan to Aldrich, who at the time was part of a three-judge panel hearing a lawsuit brought against Countrywide. The lawsuit alleged Countrywide did not offer adequate payment to settle allegations concerning excessive fees for credit reports. The judges rejected the borrower's claims. The report alleges that the plaintiffs (the borrowers) were not informed that Aldrich received a loan from Countrywide prior to rejecting the plaintiffs' appeal.

The SEC's lawsuit further alleges Mozilo engaged in insider trading, which gave him profits of more than $140 million. Mozilo allegedly sold blocks of Countrywide stock but did not disclose problems with Countrywide's mortgages.

The defendants say the freezing of the mortgage market in 2007 caused problems with its mortgage operations, not the company's underwriting. They also argue that statements to investors were not fraudulent because Countrywide disclosed its mortgage process.

Countrywide was purchased by Bank of America Corp. in July 2008.