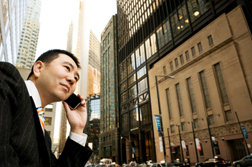 According to Bloomberg (06/21/11), the lawsuit was filed on behalf of union and public employee retirement funds and concerned mortgage-backed securities that were offered from February 2006 through September 2007. The plaintiffs allege that Merrill Lynch omitted material facts and made misleading statements about the securities in their offering documents. Included in those misleading statements were reportedly promises that the underlying mortgages met underwriting requirements. The lawsuit alleges that the mortgages did not meet those requirements.

The lawsuit, which involves approximately 1,800 investors, has been certified class action. Among the plaintiffs included in the lawsuit are the Mississippi Public Employees' Retirement System, the Connecticut Carpenters Pension Fund and the Los Angeles County Employees Retirement Association. The lawsuit was initially filed in 2008. Class-action certification means that the investors are joined together in the lawsuit, rather than suing Merrill Lynch individually.

More SECURITIES News
Between J.P. Morgan and RBS, approximately $800 million in bonds were sold to the credit unions. The lawsuit against RBS alleges that the bonds dramatically decreased in value even within one month of being issued. According to the lawsuit, within two months of the bonds being issued, they lost more than $1 million. In total, by the end of a year, more than $100 million was lost from the bonds' value.

JP Morgan Chase reportedly recently settled a different lawsuit filed by the Securities and Exchange Commission, which alleged the company sold $150 million in mortgage-backed investments, promising investors rising returns even though a hedge fund, which played a role in determining what would go in the portfolio, bet $600 million that the investments would fail. JP Morgan will pay $153.6 million in fines and in compensation to investors.