A Newton, Massachusetts man was recently charged in a stock fraud scheme in which he allegedly promised investors he could purchase some popular stocks at discounts, the Boston Globe reports. 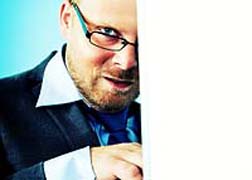 Randy M. Cho, a former resident of Chicago, was recently charged in US District Court in Chicago on counts of wire fraud and filing a false federal income tax return, according to the news provider.

More SECURITIES News
Prosecutors claim that Cho represented himself as a broker who had a special relationship with Goldman Sachs that allowed him to purchase some of the most popular stocks at low prices. Cho is alleged to have told one investor that he could buy shares of Google for just $1 a piece, despite the fact that the stock's share price was $425.

According to the news provider, that investor allegedly gave Cho $20,000 for the Google investment.

In all, prosecutors allege that more than 50 investors gave Cho money over a span of eight years and that he spent more than $1.5 million of the money to pay off fake profits to some of the investors.

According to the Chicago Tribune, the 39-year-old Cho also used some of the money on jewelry, cars and home furnishings.