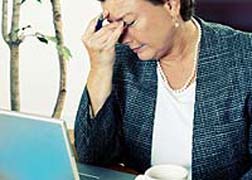 According to the Charlotte Observer (12/17/10), the two securities brokers promised their clients there was no way they would lose their principal and further told the clients they could get returns of 35 percent. The SEC lawsuit alleges that 42 clients—many of them elderly—lost approximately $8 million when the economy collapsed.

But, the lawsuit alleges, the two securities brokers were not just victims of a collapsed economy. Instead, the SEC claims, one broker told an investor that his money was placed in stocks when it was used for options trading. Furthermore, clients were told to sign blank forms which were then used to make one of the broker's wives the client's agent and power of attorney for the accounts. In some cases, accounts were set up so clients would not receive statements.

"Instead of safeguarding their customers' investments through suitable investments and prudent recommendations, these two brokers crossed the line with a scheme that victimized unsuspecting investors," said William Hicks, the SEC's associate regional director for enforcement in its Atlanta office, in a statement.

More SECURITIES News
As the economy fell, clients lost their money—in some cases, 60 percent to 70 percent of what they invested. Two clients, a couple who invested $100,000 with the brokers, were told the account received a 35 percent return only to discover the account had really lost around $80,000.

"All of the brokerage customers Harrison and Sawyers solicited were unsophisticated investors," the lawsuit says.

In 2008, both men resigned from Wachovia. According to the SEC, one of the men confessed in his resignation letter to misdirecting $6.6 million from Wachovia customers and admitted he had conducted online trading without the clients' authorization. The two brokers are charged with six counts of securities fraud. The lawsuit seeks a permanent injunction against the brokers and requests that they repay the funds with interest.